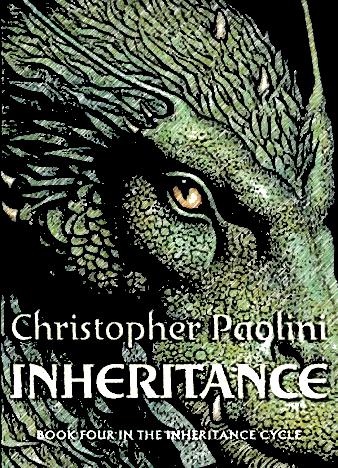 Not so very long ago, Eragon—Shadeslayer, Dragon Rider—was nothing more than a poor farm boy, and his dragon, Saphira, only a blue stone in the forest. Now the fate of an entire civilization rests on their shoulders.

Long months of training and battle have brought victories and hope, but they have also brought heartbreaking loss. And still, the real battle lies ahead: they must confront Galbatorix. When they do, they will have to be strong enough to defeat him. And if they cannot, no one can. There will be no second chances.

The Rider and his dragon have come further than anyone dared to hope. But can they topple the evil king and restore justice to Alagaësia? And if so, at what cost?

Christopher Paolini was born on November 17, 1983 in Southern California. The idea of Eragon began as the daydreams of a teen. Christopher's love for the magic of stories led him to craft a novel that he would enjoy reading. The project began as a hobby, a personal challenge; he never intended it to be published.

All the characters in Eragon are from Christopher's imagination except Angela the herbalist, who is loosely based on his sister. Christopher was fifteen when he wrote the first draft of Eragon. He took a second year to revise the book and then gave it to his parents to read. The family decided to self-publish the book and spent a third year preparing the manuscript for publication: copyediting, proofreading, designing a cover, typesetting the manuscript, and creating marketing materials.

During this time Christopher drew the map for Eragon, as well as the dragon eye for the book cover (that now appears inside the Knopf hardcover edition). The manuscript was sent to press and the first books arrived in November 2001. The Paolini family spent the next year promoting the book at libraries, bookstores, and schools in 2002 and early 2003. In summer 2002, author Carl Hiaasen, whose stepson read a copy of the self-published book while on vacation in Montana, brought Eragon to the attention of his publisher, Alfred A. Knopf, which is part of Random House. Knopf published Eragon in August 2003. Eldest, which continues the adventures of Eragon and the dragon Saphira was published in August 2005, and in December 2006, Fox 2000 released their movie adaptation of Eragon in theaters around the world.

Lena Duchannes is unlike anyone the small Southern town of Gatlin has ever seen,...

Fanny Price is accepted into her uncle's house and grows up with her cousins. Th...