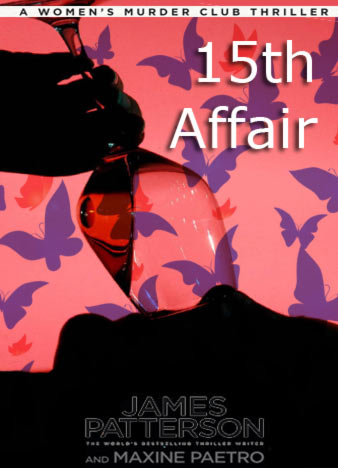 So, of course I was super excited when this book showed up at my door, because…. Well…. Lindsay Boxer is the best.

So once I got to read the book and realized that it was also another great installment in the Women’s Murder Club series, I was a very happy reader.

Lindsay has had to deal with a lot of stuff in the past, but nothing quite like this. Being followed around by highly dangerous men makes every move she makes a risk. She has to constantly be aware of her surroundings and be ready to fight at any moment.

That, coupled with her distant husband, Lindsay has a hell of a time solving this case.I feel like as this series goes on, we see less and less of the Women’s Murder Club actually being together and interacting. I miss when there were more interactions between them because the characters have such great book chemistry together.

I also liked that this book made Joe seem shady. I have never liked him. I am sure things will be back to normal for them in the next book, but I hope not.

Overall, it was still a thrilling ride, and I never really guessed the twists until they were revealed.

The Secret Agent is a highly entertaining, gripping and exciting novel in the ge...

The flight got canceled, and 2 stranded travelers decided to spend as much as 30...

Before the 15-year-old Christopher lays a dead neighbor's dog - it is killed wit...