A TORCH AGAINST THE NIGHT (AN EMBER IN THE ASHES) 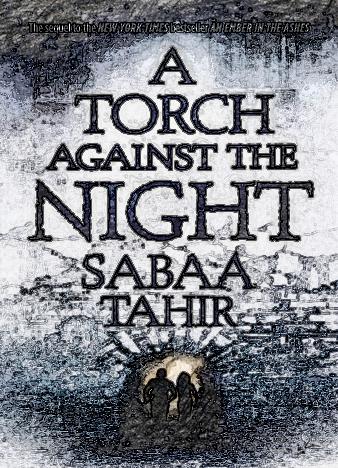 Sabaa Tahir's debut novel made a lot of people turn their heads and raise their eyebrows, and now she's ready to amaze us all once again with the official sequel, A Torch Against the Night. It's refreshing, entertaining and exciting, and the true fans of science fiction will most definitely appreciate the author's superb writing skills and immersive narrative.

The stakes are higher than ever, and the readers will always feel that tension and suspense throughout the story. Laia and Elias are fugitives now, and the brutal soldiers are coming for their lives. So, they're forced to run from the city and travel through the Empire, hoping to continue the fight every single day. The girl wants to break into the most dangerous and quite literally impenetrable prison in the whole world.

They're holding her brother in there, and he's vital for keeping the Scholars alive. Elias is ready to risk everything to help Laia out, even if that means he'll never be able to walk free again. However, the dark forces are as vigilant as ever, and our heroes will have to defeat the enemy on every step of the way. Laia will also have to face Helene - the girl who used to be her best friend and is now working for the Empire. She has a mission - to find the girl and the traitor and kill them both.

It seems like nobody's walking alive from this fight, but there might still be a chance to save everybody from the vicious captors. Sabaa Tahir's latest novel is action-packed, breath-taking and splendidly written. If you love gripping, thrilling stories, then you should stop whatever you're doing and go grab your copy!

If you appreciate unique, full-color illustrated and exciting fantasy stories to...

A major new novel from one of science fiction's most powerful voices, AURORA tel...