AROUND THE WAY GIRL 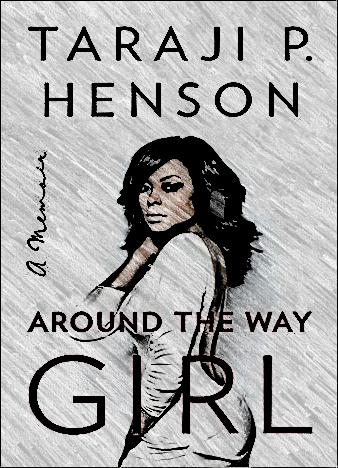 AROUND THE WAY GIRL by TARAJI P. HENSON

Today, in 2016, Taraji P. Henson is one of the most prominent African-American actresses in the world, and she's a role model for countless young women around the globe. She has more than enough prestigious awards behind her back, and now she's ready to share her own, deeply personal story with the fans. Around the Way Girl is an inspiring, insightful and hilarious book about life, love, family, close friends and all those tiny-yet-important things that she calls "hustle".

She's a strong, confident, happy woman who enjoys every single moment of her life and finds peace in her own truth. First of all, Taraji talks about her family - the one she was born into and the one she managed to create with her own "bare hands". Sure, she's an iconic actress who played the roles of multiple legendary characters, including Cookie from the game-changing Empire show.

But, first of all, she's a family girl and she puts everything behind it. Her father was fighting the useless war in Vietnam, and she shares stories of him, admiring the man's strong will and courage despite all the challenges and struggles that life sent his way. Her mom also had her fair share of drama and had to survive not only on the dangerous streets of DC, but also in her own home.

Furthermore, Taraji talks about her experience as a single mom and calls it a true blessing, a gift, even though it was pretty hard to stay strong on both feet. Around the Way Girl is an exceptional memoir that's both touching and inspiring. The author talks about her life, work, hopes, dreams, and everything else that bothers her in this world. A must-have for the fans!

YOU ARE A BADASS IS THE SELF-HELP BOOK FOR PEOPLE WHO DESPERATELY WANT TO IMPROV...