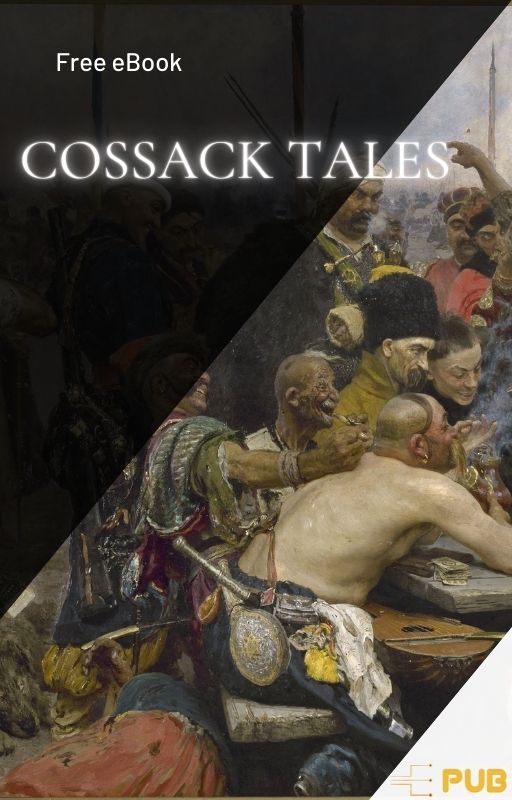 At the Cossack community The Cossack chief Yavtukh (nicknamed Kovtun) explains that his daughter expired before she finished revealing how she knew Khoma; at any rate he swears horrible vengeance upon her killer. Khoma turns sympathetic, and swears to discharge his duty (hoping for a handsome reward), but the daughter killed turns out to be the witch he had fatally beaten. The Cossacks start relating stories about comrades, revealing all sorts of terrible exploits by the chief's daughter, whom they know is a witch. One comrade was charmed by her, ridden like a horse, and did not survive long; another had his infant child's blood sucked out at the throat, and his wife killed by the blue necrotic witch who growled like a dog. Inexhaustible episodes about the witch-daughter follow. The first night, Khoma is escorted to the gloomy church to hold vigil alone with the girl's body. Just as he wonders if it may come alive, the girl is reanimated and walks towards him. Frightened, Khoma draws a magic circle of protection around himself, and she is unable to cross the line.[c] She turns cadaverously blue, and reenters her coffin making it fly around wildly, but the barrier holds until the rooster crows. The next night, he draws the magic circle again and recites prayer, which render him invisible, and she is seen clawing at empty space. The witch summons unseen, winged demons and monsters, that bang and rattle and screech at the windows and door from the outside, trying to enter. He endures until the rooster's crow. He is brought back, and the people notice half his hair had turned gray. Khoma's attempted escape into the brambles fails. The third and most terrifying night, the winged "unclean powers" (нечистая сила nechistaya sila) are all audibly darting around him, and the witch-corpse calls on these spirits to bring the Viy, the one who can see everything. The squat Viy is hairy with an iron face, bespattered all over with black earth, its limbs like fibrous roots. The Viy orders its long-dangling eyelids reaching the floor to be lifted so it can see. Khoma, despite his warning instinct, cannot resist the temptation to watch. The Viy is able to see Khoma's whereabouts, the spirits all attack, and Khoma falls dead. The cock crows, but this is already its second morning call, and the "gnomes" who are unable to flee get trapped forever in the church, which eventually becomes overgrown by weeds and trees. The story ends with Khoma's two friends commenting on his death and how it was his lot in life to die in such a way, agreeing that if his courage held he would have survived.

In Our Time is the title of Ernest Hemingway's first collection of short stories...

Cash is a decorated officer with the police department and always takes the most...