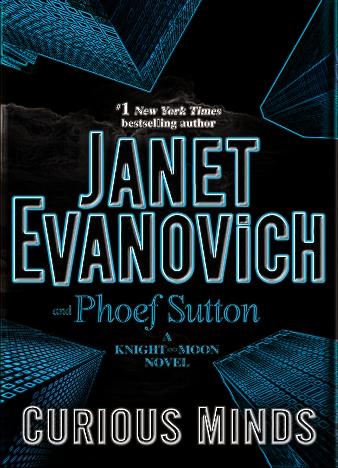 CURIOUS MINDS: A KNIGHT AND MOON NOVEL by JANET EVANOVICH

Janet Evanovich, a bestselling writer of corporate thrillers, and the author of Stephanie Plum, an award-winning series, is back with a new chart-topper. Curious Minds is an intriguing, fast-paced and exciting novel with a fascinating cast of characters. Riley and Emerson have a wonderful chemistry and the tension between them quickly grows into affection.

Emerson is an eccentric, mysterious man who doesn't really know how to handle himself in society. On the other hand, he's rich, good-looking (that's debatable) and comes with a brilliant mind. At the same time, Riley is fresh out of the business and law school. She has always dreamt of getting the job of a junior analyst at a world-class bank, and her ground-breaking Texas attitude is exactly what helped her get to where she's at right now.

She's bold, aggressive, and maybe even a bit rude, but that's what you have to be if you want to survive. However, pretty soon her joy comes to an end, as the very first task at her new "dream job" is to "handle" Mr. Knight, a genius man who never heard of or cared about social etiquette. So, basically, she has to get an access to some missing bank funds and report back, but Riley discovers more than that: she learns about a missing man, huge amount of gold and more.

There's an evil conspiracy brewing in the streets of Washington and the vaults of the FR in New-York, and the unusual partnership between Riley and Emerson is the only thing that can put a stop to this insidious plan. Curious Minds is a highly entertaining novel that got it all - a great sense of humor, awesome dialogues, a strong narrative and even a couple of unexpected twists.

End of the Line provides aid to people on the edge that need help to see past th...

Looking for a heart-pounding and blood-chilling thriller about the darkest secre...

Water for Elephants is one of the greatest bestsellers of our time, a novel that...