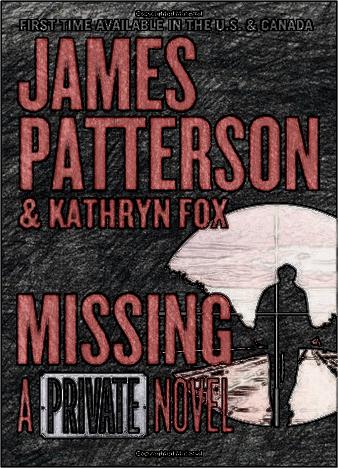 Ladies and gentlemen, James Patterson is back with a brand-new mystery thriller, and that means another bestseller is hitting the international shelves. Private, one of the best investigation agencies in the world, is having a hard time locating a man who simply doesn't exist. Craig promised Eliza that his top-class group will dedicate all the resources available to finding her father who disappeared recently.

The man is the CEO of a big-time research company, so, at first, Craig thinks it's gonna be a piece of cake. However, as it soon turns out, the girl's father doesn't leave a single trace behind. Even though Private has all the latest technological "toys" ready and steady, there's not even a clue as to where he might be. Furthermore, Craig and his team are not the only ones who are interested in Mr. Moss's disappearance.

There are some people who have even greater resources at their disposal, and some of them want the CEO to never be found by anybody. Soon Craig realizes that this isn't just a simple case of finding an old man - there's so much more to it, and the powerful figures involved will stop at nothing to get what they want. At the same time, a regular background check turns into a crazy race against time to find a kidnapped baby and apprehend a ruthless killer.

And the worst part is - it seems like the Private team has sent the murderer straight to his next victim...James Patterson did it again! Missing is a blood-chilling, blood-rushing mystery thriller that's both suspenseful and action-packed. The tension keeps building up until it "explodes" at the very end with a mighty finale.

Pari and Abdullah are as close as siblings can be. Abdullah loves his sister so...

Since time immemorial, the Spires have sheltered humanity, towering for miles ov...