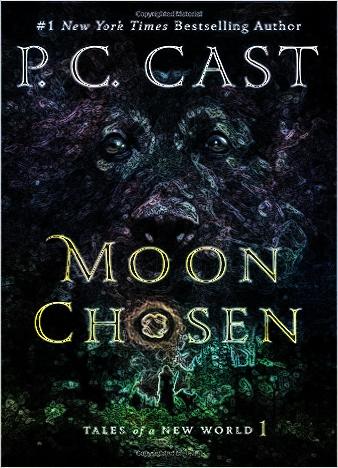 Moon Chosen is a brand-new mighty blockbusterfrom P. C. Cast, the bestselling and award-winningwoman behind the internationally-famous series - House of Night. The new book is set in an unusualworld where the humans, the animals and thewhole planet are forever entwined and can't survivewithout one another. This is a world that's gotenough grace and horrors to both shock andamaze.

Mari, the main character of this fascinating novel, iswhat's known as an Earth Walker - she's heir to thetruly special healing abilities of her people. However, she's not really into all that prophecystuff, until a unique creature ally chooses her andflips her world 180 degrees. Soon, when adevastating attack destroys her world, the girlshows the real capacity of her inherited force andher identity, her very nature. So, all she can do nowis to try and protect her native folks from theenemy's brutality.

Darkness is well on its way, and it brings a mighty force along with it, a force that Mari's world hasnever seen before. On her journey, the girl meets Nik, the heir for a rivaling clan, and he opens upsomething in her, makes Mari feel new, unusual emotions. They form an alliance and decide to takeon the enemy together. Mari won't get another chance, so, she needs to be 100% ready to strike andto break her people free.

But will she be able to accept her destiny? She'll have to be ready to embrace her fate and becomethe destroyer of the evil forces that put in danger the very existence of everything and everyone thatMari cares about and loves. Moon Chosen is a perfect fantasy novel to enjoy after a hard day at work. The true fans will appreciate the author's rich, unusual world, the fast-paced narrative and theamazing chemistry between Mari and Nik.

Published in 1895, The Kind in Yellow is a short story book. Written by Robert W...