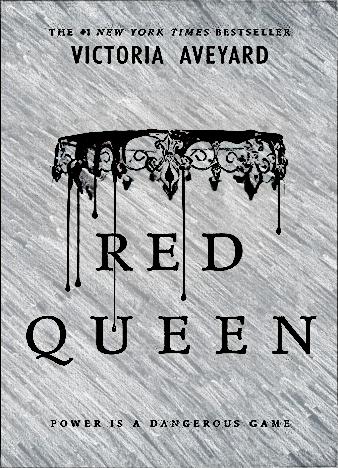 Red Queen is a bestselling novel for the young adult readers by Victoria Aveyard that tells the story of Mare, a regular 17-years-old girl who's got hidden magical powers that drag her into a dangerous game in the king's palace. Her powers are really strong, but will she be able to control them and use to her own advantage, or will they be the end of her? In her world, a person's "social status" is defined by blood: the common folks with red blood have to serve the ones who've got silver blood running through their veins (they've got supernatural abilities and are stronger than regular people).

Mare is a Red, and that means she has to constantly fight for her survival, trapped in a poor, devastated village and act like a thief. However, one fine day she finds herself standing in front of the Silver court. And while she's standing before the kings, queens, and all the Silver elite, she realizes that she's got a very special ability that she never really knew about.

Nothing like that has ever happened before, so, the king, trying to cover it all up, tells Mare to call herself a lost princess with Silver blood and makes her marry one of his sons. This new "royal state" allows her to get access to the secrets of the Silver world, and she puts her own life in danger trying to help the Red rebellion that's about to hit Silver and take down the king.

Mare knows that she needs to be extra careful and even one single false move can and will be lethal. At the same time, she knows that her mission is sacred and she needs to do whatever she can to bring the elite to justice. Red Queen is a gripping, fast-paced, compelling thriller where revolutions and takedowns collide with love and romance.

There is a way to punish even an immortal god. You may make him mortal. One day...

Sabaa Tahir's debut novel made a lot of people turn their heads and raise their...