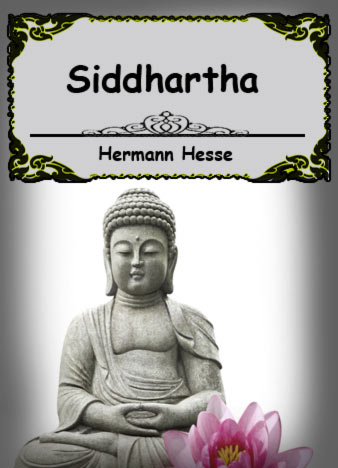 This classic novel of self-discovery has inspired generations of seekers. With parallels to the enlightenment of the Buddha, Hesse's Siddhartha is the story of a young Brahmin's quest for the ultimate reality. His quest takes him from the extremes of indulgent sensuality to the rigors of ascetism and self-denial. At last he learns that wisdom cannot be taught — it must come from one's own experience and inner struggle. Steeped in the tenets of both psychoanalysis and Eastern mysticism,Siddhartha presents a strikingly original view of man and culture, and the arduous process of self-discovery that leads to reconciliation, harmony, and peace.

Set in India, Siddhartha is subtitled an "Indic Poetic Work" and clearly it does owe much to both Buddhism and Hinduism, however the philosophy embodied in Siddhartha is both unique and quite complex, despite the lyrically beautiful simplicity of the plot.

Siddhartha is one of the names of the historical Gautama and while the life of Hesse's character resembles that of his historical counterpart to some extent, Siddhartha is by no means a fictional life of Buddha and his teachings. Siddhartha is divided into two parts of four and eight chapters, something some have interpreted as an illustration of Buddhism's Four Noble Truths and the Eightfold Path to Enlightenment.

Elements of Hinduism can also be found in Siddhartha. Some critics maintain that Hesse was influenced largely by the Bhagavad Gita when he wrote the book and that his protagonist was groping his way along a path outlined in that text. Certainly the central problems of Siddhartha and the Gita are similar: how can the protagonist attain a state of happiness and serenity by means of a long and arduous path?

Catherine Bybee, a highly successful writer with tons of bestsellers and awards...

The critics are calling Clive Cussler the modern-day king of mystery thrillers a...

Michael Crichton is back with a brand-new blockbuster, a mystery thriller that w...