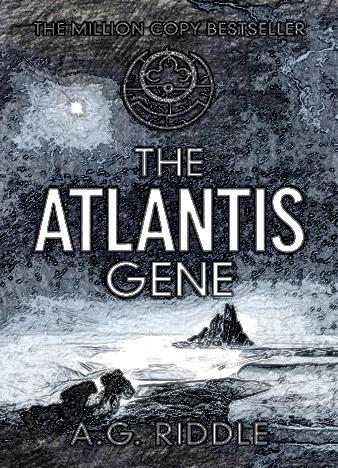 The Atlantis Gene (The Origin Mystery Book 1) by A.G. Riddle

This is the very first novel in the wildly popular The Origin Mystery series by one of the world's greatest writers of mystery thrillers, Mr. A.G. Riddle. Overall, the author managed to sell more than 2 million copies, so, that automatically makes it one of the biggest bestsellers of our time. Seventy thousand years ago humanity was on the brink of extinction. However, we survived, but history can't tell us how or, most importantly, why.

Well, now we have the answers! A brand-new stage of evolution is right around the corner, and we might not make it this time. The Immari have been keeping a huge secret for over 2 thousand years - they know the real truth about our race. Furthermore, they've been looking for an ancient power that is very well capable of killing every single human being on planet Earth - and they finally found it.
Right around the same time, a research group discovers a strange construction somewhere in the middle of nowhere - it's been buried in ice for a very, very long time. So, the Immari are getting ready to put their plan in motion. Kate Warner, one of the main characters of the story, finally flew to Indonesia to start a new life and forget her old one. She still has to deal with everything that happened to her, but here, away from all her troubles, she makes a groundbreaking discovery - she finds a cure for autism. Well, that's what she thinks it is.

In reality, her discovery will bring death to humanity if the ancient beings get their hands on it. Kate's in trouble and the only man that can save her is Agent Vale, someone who's been hunting this mysterious group for over a decade. Together, they'll have to race against a powerful enemy try to stop the enemy from destroying our race. The Atlantis Gene is a fast-paced and action-packed mystery novel for all the fans of top-notch technothrillers.

Dennis Lehane, the author of several international bestsellers, is back with a b...

Finders Keepers (The Bill Hodges Trilogy, Book 2) start with the murder scene as...