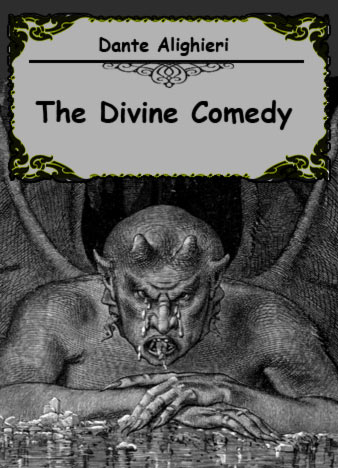 The Divine Comedy by Dante Alighieri

The main work of Dante Alighieri is not just a fantastic invention, but an entire ode dedicated to the woman he loves. Dante first saw Beatrice in 9 years (she was 8), and fell in love with her immediately, with all his childish soul. The next meeting took place after 9 years. Dante was already a young man, and after that, his love grew stronger for her. But they cannot be together because the Beatrice had been already a married woman.

Soon after, at the age of 23, she dies, and unhappy Dante starts to create poems. All his works are devoted only to her, despite the fact that Dante had a wife and children. He also calls his daughter in the name of his beloved - Beatrice.

The mystical number "9" for Dante, it is the number of circles of hell, like those long 9 years when he can't see his beloved Beatrice. All the "Divine Comedy" is filled with the bitterness of loss and the incredible power of love that drives the author. Through the hell, purgatory and heaven Dante remembers his Beatrice ...

The poet lived in a cruel world of the Middle Ages. And his time reflects in his main work. "A great poet must have seen with his own eyes hell, and only after that he can vividly describe it in detail." - said one of the contemporaries of Dante.

Before the 15-year-old Christopher lays a dead neighbor's dog - it is killed wit...

Tossed in jail for a wrongdoing he has not committed, Edmond...

The Big Friendly Giant is no bone-crunching ogre from the usual fairly tale. Thi...