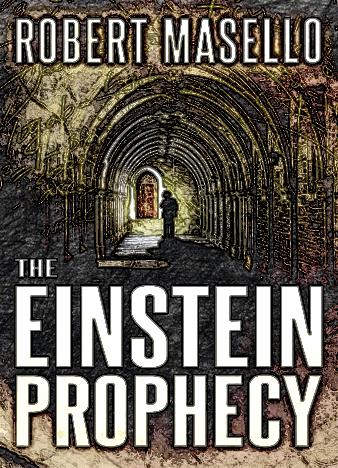 The Einstein Prophecy by Robert Masello

Robert Masello is a world-esteemed, award-winning and bestselling author of fascinating mystery thrillers that always deal with some ancient prophecies, the supernatural and scary stuff. That's exactly what makes them so compelling, and The Einstein Prophecy is one of the master's greatest novels to date. It's 1944, and WW2 is raging on. Lucas, the main character of the story and a young lieutenant, gets his hands on a centuries-old sarcophagus from a mysterious Egyptian tomb.

The army takes the artifact to Princeton University, so that the greatest minds can study it and figure out what's it all about. The box comes with a secret that only Lucas and a genius-level archaeologist can reveal to the world. As they get closer and closer to opening the sarcophagus, the clearer it becomes that the mysteries buried in it are capable of both defying and/or fulfilling the prophecies of Mr. Einstein.

The team is doing its best to understand the never-seen-before content that they find in the box, and the group accidentally unleashes forces that are partially good and partially evil. So now, the fate of the world depends on Lucas and Einstein's secret research. The young man is supposed to beat an unholy enemy that's more powerful than anything he's seen in the war. Will he be able to defeat it and figure out the Pandora's Box, or is humanity doomed?

? Robert Masello delivers a gripping, page-turning and action-packed thriller that brings ancient supernatural powers and modern-day science discoveries closer together than ever before. If you're a fan of mystery thrillers with a healthy dose of historical suspense, The Einstein Prophecy will be a great pick!

The novel could be a fictionalised account of one man's encounters of the year 1...

This work is one of the most valuable political compilations ever written and ha...

Li-yan has her whole life centered around farming of tea with her family. She's...