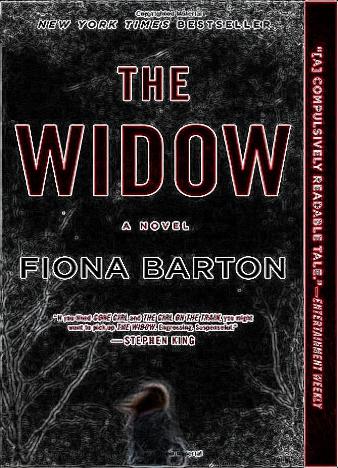 THE WIDOW by FIONA BARTON

Fiona Barton delivers a breath-taking debut with The Widow - a riveting thriller that will keep you on the edge of your seat turning the pages like crazy. The critics are calling it one of the greatest books in recent memory; so, if you're a fan of the genre, make sure to check it out. Jean has spent the better half of her life trying to be an ideal wife.

She's been supporting her husband and standing next to him through all those wild accusations, frustrating harassment, unfriendly attitude, and more. Her man was connected to a crime, but they could never prove him guilty. Yet, everything changed that day, and the family could never go back to the way it used to be. However, now that he's dead, there's no reason for Jean to keep it all buried deep inside anymore.

Yes, there's a lot she's been hiding about that crime, and, given the fact that a lot of folks would love to hear the full, true story, she's ready to do that - gladly. What these people want to know is how it felt to live side by side with a man like that. Well, there were a lot of secrets between them, like in any other marriage, and that's how they managed to "get by".

The truth is finally ready to come out, but will it really be the truth or the version of it that Jean likes to tell? Over the years, the woman has discovered that she can make folks believe in anything she wants them to believe in. The Widow is as engrossing, suspenseful and mysterious as a thriller can be, and Fiona Barton's brilliant writing, enthralling plot and twists/turns will make you forget about work, food, and sleep. This is an A-grade psychological page-turner, a must-have for all the big-time fans of Gone Girl and The Girl on the Train.

Stuart Woods is a well-known international best-selling author, and he's back wi...

Victor is a black man and he is a very talented. He is a bounty hunter. His miss...