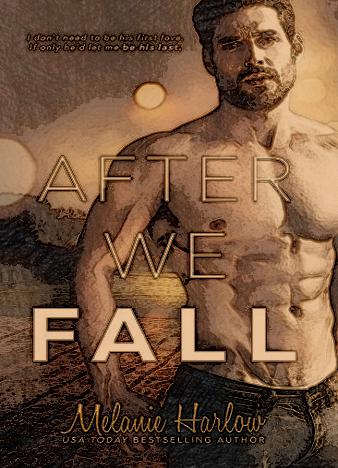 AFTER WE FALL by MELANIE HARLOW

Margot, the main character of After We Fall, a new heart-warming, erotic and funny novel by Melanie Harlow, doesn't really have a thing for "alpha cowboys". And while Jack does look like a million bucks, these guys are only good for the movies. In the real world, she picks men that love ties, suits, an everyday shave and good manners.
Ok, yes, Jack is a super-handsome man, but he's also cocky, scruffy and, above all, rude. He actually shares her "mistrust" and calls her a shallow city girl that he wants nothing to do so. He has no problem with saying that directly to her face, and at first, it seems like they're the least perfect couple. At the same time, Margot is assigned as a PR assistant for his farm, so, that means the two are pretty much stuck with each other for a while.
And, even though she won't admit it in the beginning, his smile, his muscles, his manly voice and the way he acts around her make the girl go crazy. And pretty soon the boy and the girl grow up out of their childish prejudices and give up to the rising passion. There's a whole another kind of tension between them, the one that makes an honest and modest girl like Margot "do it" in trucks, barns and everywhere else around the farm.
She's never been a windy girl, but Jack makes her forget about everything else and just go for it. Besides, the more she learns about him, the more she feels connected to him and her affection slowly turns into love. He served in the military, lost his wife, and doesn't really think that he deserves happiness. But Margy is here to prove him wrong and to show him that there\u2019s always a chance to be happy, and he shouldn't stop himself from finding love again.

At first, Finn was just best friends with the girl. Then, they became roommates,...

Alexa Riley invites us all to enjoy yet another exceptional romantic novel with...