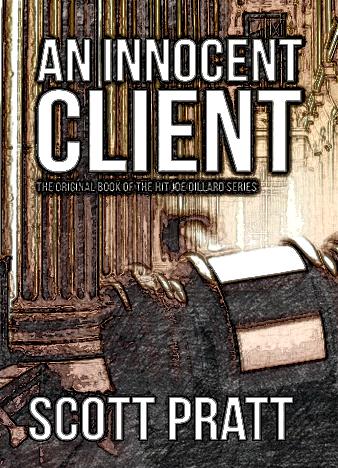 The Joe Dillard Series has been conquering the hearts and minds of countless readers around the globe, and, if you've been a fan since the beginning, then you know that An Innocent Client is the very first novel. If not, well, join the club! Scott Pratt delivered a game-changing debut that made him one of the most successful writers of our time. The book is suspenseful, fast-paced and gripping - just the perfect mystery thriller.

Dillard is a criminal defense lawyer, and he's seen a lot in this life. He's constantly trying to find the golden middle between his job and his moral principles. The man is quite the cynic, and it's time for him to quit, however, he can't really say no to a client who seems to be really innocent. The investigation is linking a young, gorgeous girl to the murder of a preacher in a motel room.

And Dillard puts the years of experience to good use, trying to figure out the real truth behind the case and bring justice to those who deserve it. He's got a lot on his plate right now, including his sister, a junkie, who just returned from jail, and his mother who's struggling with an impossible disease. But, the defense lawyer doesn't let his personal stuff affect his judgment, and he's all in with the case.

An Innocent Client is a brilliant novel that's got it all: rich, powerful characters, a strong narrative and a few shocking twists that you'll never see coming. If you're a fan of smart, intelligent stories, Scott Pratt is your man. The critics are calling the Joe Dillard Series a modern-day classic, and the debut novel sets the super-high bar for all the following chapters.

THE FIRST EVE DUNCAN NOVEL An unidentified skull, a trail of shocking secrets,...

The Bell Harbor series has been gathering international praise for quite some ti...