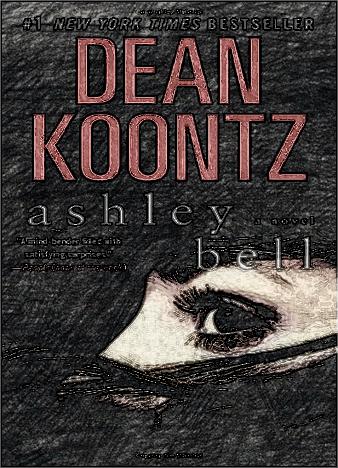 If you're a fan of dark, psychological mystery thrillers that glue you to the seat and keep the tension from page #1 to the very end, then Dean Koontz should be on your list of favorite authors. He's the modern-day Stephen King if you will. As for Ashley Bell, the critics called it one of the greatest books of the decade, while the fans loved it for that superb mix of tension, thrill, and a gripping, riveting story. Bibi is a strong, confident, funny young lady who learns that she's got only 1 year to live on this earth.

But, instead of crying and panicking, she just says "We'll see". She practically challenges death itself, and she's not one to back down from a fight. Eventually, she gets back on her feet, and the doctors from all around the world can't really believe a miracle like that could happen in front of their eyes. Soon, a woman approaches Bibi and convinces her that her recovery had a purpose: she has to save a girl named Ashley who's in big trouble.

However, she neglects to say who Ashley actually is, where she can find her and who or what is after the girl. Bibi doesn't have a clue as to what to do and where to turn to, and she grows obsessed with finding the girl and helping her. This quest sends her on a dangerous journey towards an unknown, scary world of mystery. She meets a wealthy, dashing cult leader on her way and learns about his terrible plans.

So, what will she do? Try to stop him, or run for her own life? Ashley Bell is an eloquent, fast-paced, "twisty" mystery novel that's got enough shocking surprises to make you say "Wow!" more than once. As mentioned in the beginning, Dean Koontz has been one of the best writers in the world for a while now, but this book is a new mountain high for the master, an exemplary suspense thriller.

When Samantha got one of the best bartending jobs in the city, she was really pr...

A troubled Varvara Petrovna has just returned from Switzerland where she has bee...