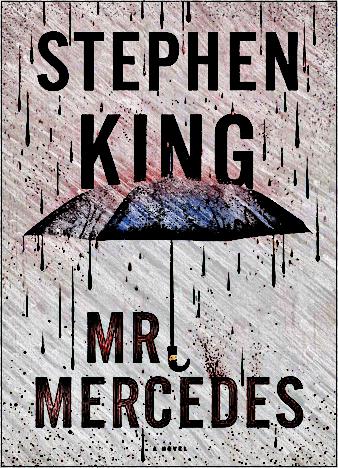 Mr. Mercedes A Novel (The Bill Hodges Trilogy, Book 1) starts with the murder scene, which is really well written. In the cold hours before dawn, upset jobless people have come to a career fair trying to find a job. Suddenly, without any warning, a crazy driver runs over them in a stolen Mercedes.

He did that not by mistake, but on purpose.

The driver hits several people, then charge again and again. As a result, 8 people were killed and many other badly injured. After doing that mad action the killer runs away. Nobody knows who he is, where he lives or how he looks. The accident near career fair is the total mystery for the local police.

One month later retired police detective Bill Hodges received a letter from the mad driver. He named himself the "perk". The killer says that planned one more bloody action. Bill Hodges must stop this guy and prevent a similar tragedy. He and his helpers must do something and fast before it will be too late and thousands will die.

Mr. Mercedes written by Stephen King is a really fantastic novel. But if you prefer vampires, werewolves and evil clowns you should read something else. But if you like a good story and characters that always feel real – you must start this new trilogy.

It's one thing to write an entertaining science fiction novel, but if you want t...

Celie is a poor black woman whose letters tell the story of 20 years of her life...