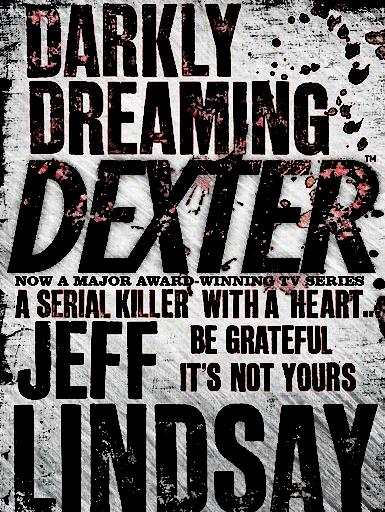 Meet Dexter Morgan, a polite wolf in sheep’s clothing. He’s handsome and charming, but something in his past has made him abide by a different set of rules. He’s a serial killer whose one golden rule makes him immensely likeable: he only kills bad people.

And his job as a blood splatter expert for the Miami police department puts him in the perfect position to identify his victims. But when a series of brutal murders bearing a striking similarity to his own style start turning up, Dexter is caught between being flattered and being frightened–of himself or some other fiend.

The attractively ghoulish protagonist is a sociopath and a murderer, but one with a "conscience", unfortunately an asset as manufactured as his other feelings. But Dexter does his best, given the circumstances. Brilliant and introspective, Dexter charms from the first page, even while distracted, dismembering his latest victim.

What makes Dexter's extra-curricular activity bearable is the reason he kills: Dexter only chooses victims who have perpetrated foul deeds, those who would continue harming innocents if not stopped. To be honest, who hasn't secretly applauded the occasional vigilante who takes justice in his own hands, balancing the scales a bit?

Terry Goodkind, the brilliant author of more than a few best-selling fantasy boo...

The Great Schools of Dune series is constantly being named by the critics as one...