Down in New Orleans 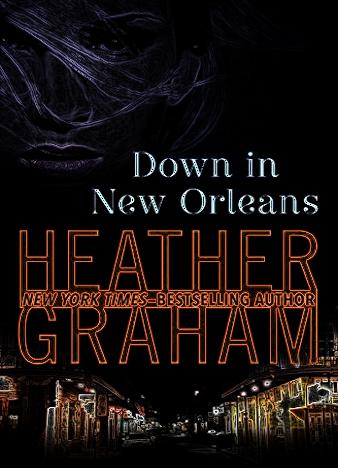 Down in New Orleans by Heather Graham Pozzessere

Heather Graham, a prominent, best-selling and critically-acclaimed author of riveting romantic novels and mystery thrillers, did a brilliant job with Down in New Orleans. This is the story of a fearless woman who gets herself involved in all kinds of scary situations in her quest to clear her ex-man of murder. Her name is Ann, and, despite the fact that she's been separated with her husband, Jon, for half-a-decade, they are still good friends.

Yep, they're a rare "breed", so to speak, but when he walked into the door covered in blood, everything changed. He even said something like "I didn't do it, you gotta believe me", but Ann was simply too shocked to react. They charged Jon with a first-degree murder, claiming he killed a stripper.The guy's desperate, and his ex-wife is the only person in the world who can clear his name and exonerate him.

So, Ann digs into the "criminal" world of New Orleans, searching for the right clues in countless jazz and strip clubs. Like that wasn't enough, she also has to handle a "feisty" detective that's hell-bent on bringing Jon down. The lieutenant is following her every step and interrupts her investigation. Soon, Ann finds herself fighting not only for her husband's name but also for her own life.

Furthermore, the annoying detective grows on her, and she starts to fall for him. Down in New Orleans is a brilliantly suspenseful romantic novel with a few mighty twists and turns to keep you glued to your seat. Heather Graham has numerous bestsellers behind her back, and this book is one of her best ones to date. It’s safe to say that if you like romantic thrillers, you’ll definitely love Down in New Orleans.

Reckless is the latest heart-wrenching and breath-taking romantic novel by Winte...

This is a compelling, mesmerizing novel about the most important things in life...