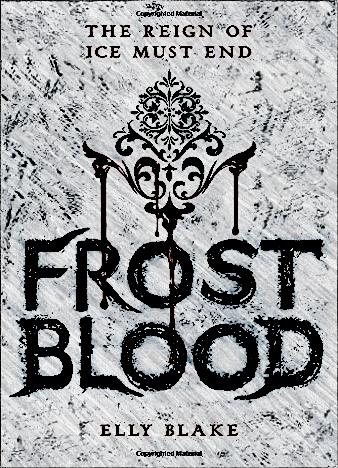 Ruby, a 17-year-old girl, possesses the powers of a Fireblood, but she's been hiding her abilities for as long as she can remember. Heat is not particularly favored by the Frostbloods - the rulers of the realms. However, when they kill her mom who was trying to protect her daughter, and rebellious Frostblood members ask for her help to dethrone their evil, brutal king, Ruby decides it's time to finally come out of hiding and show her true colors.

She's hungry for some blood, and she's determined to have her revenge - one way or the other. At the same time, she knows nothing about her own powers, and it's gonna take time for the girl to truly master her abilities and to use them in combat. So, she starts training with the rebs, 24/7, and Arcus - a handsome, dashing man - does a great job of getting her ready for the fight.

He looks at her as some sort of a "weapon", and not a human being, let alone an attractive young lady, while she falls for him. However, before the resistance gets strong enough to hit the king where it hurts, they kidnap Ruby and make her compete in the bloodthirsty ruler's tournament. The strongest Frostbloods, the champions, are to fight against the multiple Fireblood prisoners.

So, this is Ruby's one and only chance to avenge her mother's death and to destroy the odious, accursed king who took away everything she held dear. He also robbed Arcus of his life, and the girl is in love with the guy, all of which gives her the necessary push and edge to act. But the king is ever-vigilant, and his loyal guards are protecting him with their lives. Can Ruby break through the defenses and deliver that deadly blow? Frostblood is a compelling, gripping and exciting fantasy novel about a centuries-old war between fire and ice and the one who's destined to bring them together.

The Sword Of Summer, Rick Riordan's best-selling novel, tells the story of Magnu...

Jennifer Donnelly wrote a wonderful story for the kids and teenagers that will b...