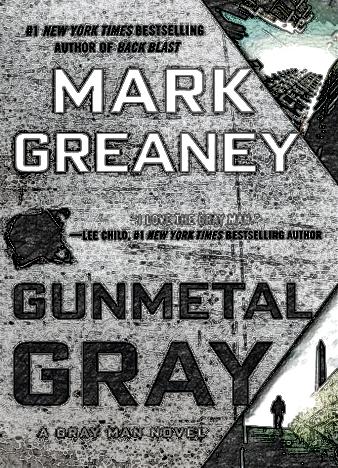 The thrilling Gray Man series has been around for quite some time now, and Gunmetal Gray, the latest installment in the franchise, is probably the best one to date. The best-selling, fan-favored and critically-acclaimed Mark Greaney, a dashing gentleman, is back with another breath-taking political thriller about the most lethal assassin on planet Earth.

Gentry has spent 5 years trying to hide, and now he's finally back at the CIA. But, his very first mission almost gets him killed, leaving the poor fella wishing he never returned to the God-forsaken organization. While in Hong Kong, he barely manages to take down two Chinese operatives that try to kill him. The big question is - why are they trying to kill an American? Usually, they like to "admire from afar" and rarely if ever attack.

Gentry's impossible mission takes him across the vast South-Asian region and leads to a good buddy of his - Fitzroy - a prisoner in China. His mission was to locate Jiang Fan, an ex-member of a super-secret cyber unit that was at the forefront of testing the country's top-notch security system. And now, for some reason, the Chinese government wants him dead and buried six feet deep.

The initial two teams that Donald sent with a task to find Fan never got back. And now Gentry is the only US operative that has the necessary skills and equipment to trace Fan before the Chinese do and get the vital intel the guy has on America. The new world order is at stake, and he simply can't fail, because if he does - the US might stop being the biggest power on the planet...Gunmetal Gray is tightly-written, unrelenting, fast-paced and comes with an explosive twist.

Alex Berenson is back, ladies and gentlemen, and he brought a lot of heat along...

The Federalist Papers is a collection of 85 articles and essays written by Alexa...