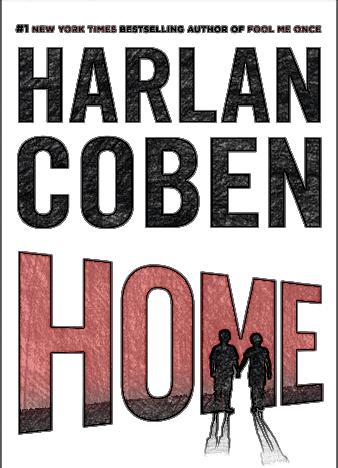 It's been 10 years since the criminals kidnapped 2 boys from rich families and demanded a huge amount of money for their release. Then, they just vanished, and the boys were nowhere to be found. For a whole decade, the two families had to struggle with unbearable memories and hope that one day a miracle will happen and the kids will come back to them. And that day is finally here! One of the kids, who's now a full-grown teenager, is said to be found.

The biggest questions are - where did the kidnappers take him, what has he been doing for a decade, and what does he know about the criminals? And what about the other boy, his friend - what happened to him? Harlan Coben's brand-new mystery thriller will glue you to your seat and keep you up all night. Home is a fast-paced, suspenseful, emotionally charged and powerful novel about family, friends, dealing with pain, loss, and believing in the greater good.

If you're a fan of riveting thrillers, this story will linger on long after you turn that last page. This engrossing story will get you emotionally involved and you'll start thinking it all through, trying to figure out the real truth behind their disappearance. And it is a mighty page-turner, so, that means you'll probably finish it in one go and demand more.

Harlan Coben is not new to the genre - he's got more than enough bestsellers behind his back - but Home might be his greatest novel to date. And, given the fact that his huge fanbase has been waiting for a while for the master to deliver a new masterpiece, there was never doubt that Home will become an instant bestseller. Besides, the Myron Bolitar series is officially back, so, if you've been a fan of Win and Myron, this one's for you!

The Nanny Plan is the brand-new addition to the bestselling Billionaires and Bab...

Tahereh Mafi is vastly known for her bestselling Shatter Me series, and now she'...