JUST MERCY: A STORY OF JUSTICE AND REDEMPTION 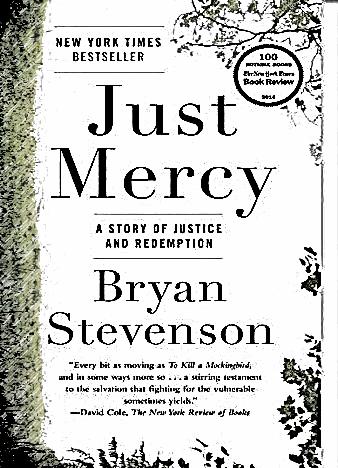 JUST MERCY: A STORY OF JUSTICE AND REDEMPTION by BRYAN STEVENSON

The system of justice in the United States is broken - there's no denying this fact. It has been in a pretty bad shaped for the last couple of decades, and today we've got a disaster on our hands. However, there's always a way to change that, to bring back the once honest system that was dedicated to helping out the innocents and punishing the criminals. Just Mercy is a powerful, bold statement that we can change whatever we want as long as we put our hearts into it and join our forces together. Bryan Stevenson is one of the greatest lawyers of all time, and he dedicated his whole life to fighting injustice and lending that helping hand to the most unfortunate. Back when he was a young man, he founded EJI (Equal Justice Initiative) that was focused on helping the most desperate American people - the wrongly condemned, the oppressed, the ones without hope - the most honest folks who, one way or the other, happened to be trapped by the criminal justice system.

One of Mr. Stevenson's first cases was that of a young man who was sentenced by the justice system to die for a murder he never committed. This case showed Bryan what was really going on in the government and forever changed the way he felt about the justice system in America.

Just Mercy is an essential, indispensable book, an idealistic, inspiring call to rise against corruption and injustice and bring control back into the hands of the regular men and women. Bryan Stevenson is often called America's Mandela, and his message is - we CAN beat evil and we CAN make a difference. We just have to believe in ourselves and act.

My Lord, I shall make no Apology for addressing the following Sheets to Your Lor...

HUMANITY'S GAIN FROM UNBELIEF SUPERNATURAL AND RATIONAL MORALITY THE RATIONALIST...

A difficulty that occurred at the very beginning of the inquiry was how to defin...