LIL MAMA BEEN REAL FROM THE START 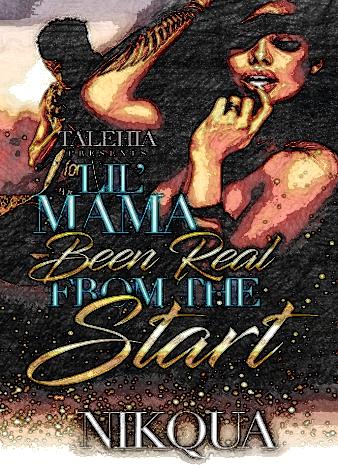 LIL MAMA BEEN REAL FROM THE START by NIKQUA

Micah and Milli have been BFFS for as long as they can remember. However, lies, scandals, and popularity tore them apart. Yes, Micah turned his back on her, and, when everything suddenly started to fall down, she wasn't standing by his side anymore. Obviously, Milli would never expect her best friend to cut ties with her like that, but that's exactly what happened.

And, she was confident that nothing in this world could help her move on, forget about his betrayal and forgive him. However, when they locked the fool up, everything changed - in an instance. The one and only girl in the world who kept it real with his from the very beginning was still supporting him, even though he kicked her away. Aha, it hurts like a bitch, but Milli's love for the man is now stronger than ever.

So, the biggest question is - how will Micah rehabilitate himself in her eyes and prove to the dame that he's truly sorry for all the pain he put her through? Is it even possible for them to go back to the way they were after something like that? It's up to Milli now: she can either tell him to go to hell and never speak to her again or to forgive him and give the vagabond a second chance.

She's always had his back, no matter what, but now he might just lose her. Lil Mama Been Real From The Start is a heart-warming and heart-breaking urban romance with a strong, moving plot, great characters and tons of that swag and fancy talk that the genre is famous for. This is a story of love, betrayal, redemption and forgiveness. Nikqua has more than a few bestsellers behind her back, and she did a great job with this book.

Not so very long ago, Eragon—Shadeslayer, Dragon Rider—was nothing m...

Venus in Furs is a story about a person who dreams of talking to Venus about pas...