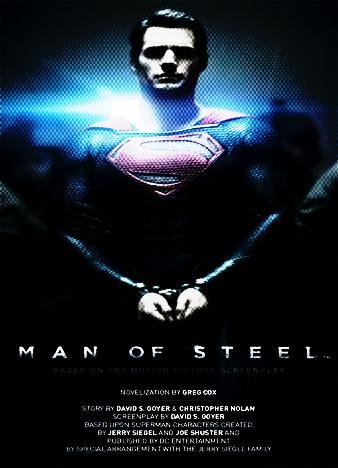 MAN OF STEEL: THE OFFICIAL MOVIE NOVELIZATION by Greg Cox

The official novelization of the Man of Steel movie featuring Superman. The film, from director Zack Snyder, stars Henry Cavill (The Tudors) as Superman/Clark Kent, three-time Oscar nominee Amy Adams (The Fighter) as Daily Planet journalist Lois Lane, and Oscar nominee Laurence Fishburne (What's Love Got to Do with It) as her editor-in-chief, Perry White.

It is the best book for any children. Dr. Seuss’s notable for his wise gra...

When Dorothy and her small dog Toto are caught in a tornado, they and their Kans...