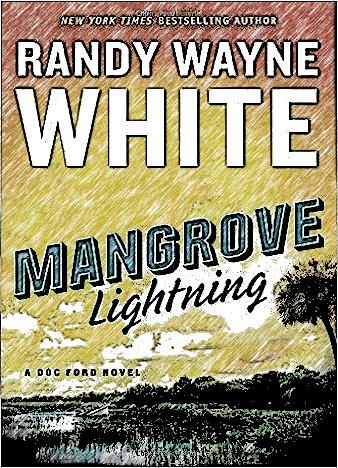 It's safe to say that Doc Ford had a pretty amazing life and is used to dealing with all kinds of strange, ridiculous and peculiar cases. But this is most definitely the strangest one to date. Barlow, the captain of an iconic charter, visits Ford and starts talking about a curse of some sorts. He claims that his close relatives have been through a number of unfathomable attacks.

The man is more than convinced that it all has to do with a terrifying mass murder back in 1925. The fact is - Barlow's ancestors played a shameful part in that event, which is exactly why he thinks the "ghosts" are back to punish them all. Obviously, Ford doesn't believe in all that nonsense, but he still agrees to investigate the case.

So, he asks Tomlinson, his good friend, to join him in tracking the trail of the recent attacks. On their "quest", they also get into all kinds of near-fatal accidents. So, what if there really is a curse on Barlow's family? Or maybe it's just a clever killer's way of putting fear in his victims? Ford and his colleague will have to solve a murder case that's almost 100 years old.

That's the only way for them to find real answers to this mystery. And yes, they'll need to watch each other's backs; otherwise, they might just be the next victims of this strange killing spree. Randy Wayne White wrote a riveting mystery thriller, a fine combination of crime, suspense, and an old-fashioned detective. Mangrove Lightning is a hugely entertaining, exciting, gripping and rewarding novel that you can't miss if you're a fan of the genre and of White's exceptional writing.

The Mysterious Affair at Styles is a classic novel about murdering respectful an...

So, of course I was super excited when this book showed up at my door, because&h...

The Stone Barrington series is well-known and internationally loved, and now Stu...