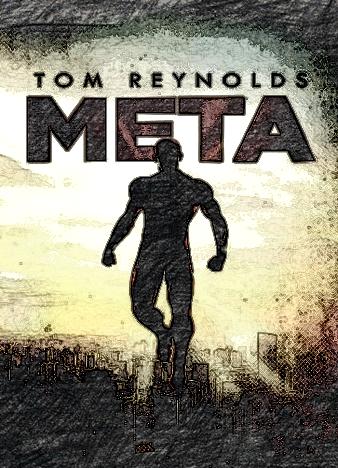 It's one thing to write an entertaining science fiction novel, but if you want to create an exciting superhero story, you'll have to put your heart and mind into it. It's pretty hard to surprise the fans, but Tom Reynolds is one of the few writers who manage to pull it off splendidly. Meta is fun, engaging and thrilling, and you'll most definitely want to grab the second book in the trilogy once you finish this one.

It's been a decade since Connor's parents died in the event that was later on labeled as "The Battle", a clash between Jones and The Governor, the strongest super-humans on planet Earth. Before this historic fight, our world was full of metas with breath-taking abilities, but nobody has ever seen one since "The Battle". Today Connor is a 16-year-old teenager who's living with his older bro, Derrick.

The guy is practically obsessed with meta-humans, but Connor is not the most popular kid in high school, and his plan is to simply keep going until it's over. But his life takes a drastic turn the moment he tries to save an innocent girl's life. That's when he realizes that he's a meta. Next, he finds an unexpected ally in a masked hero who teaches him how to take full advantage of his new-born abilities.

At the same time, he's trying to do his summer job and keep his head straight. Still, he's a meta now, with a potential to become the strongest one to ever walk the Earth. However, he soon discovers that he's not the only meta-human around, and an epic battle is about to start once again...Tom Reynolds's debut novel is a page-turning bestseller that will be greatly appreciated by the young adults who love science fiction and stories about superheroes.