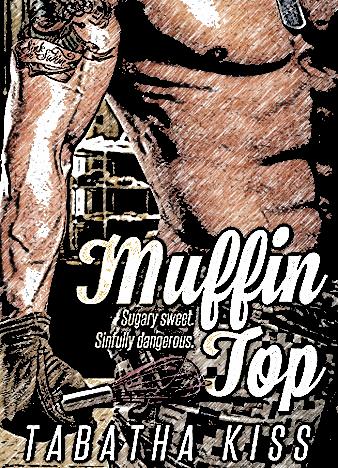 Vincent, the main character of Muffin Top, has been in love with Evey for a whole year now, but she doesn't really know about it. Or maybe that's what Vincent thinks? He's ready to sacrifice everything for her, and, every time she walks into his bakery, his hearts starts to pump like crazy. Evey and her brother lost their dad recently, and soon they found out that he owed a lot of money to the Irish mob.

The sum is substantial, and, even though they've been working day and night, trying to make some real money to pay them off, there's no way they'll manage to pay the debt in time. But Vincent doesn't really care about the fact that a fella from the mob thinks that the girl belongs to him. He's in love with her, and nothing's going to stop him from getting what he wants. Evey is the perfect woman for him - and he's not afraid to become the #1 enemy for the Irish gangsters.

Now, even though he's just an owner of a bakery, Vincent has always been a bad-boy, and that means it's gonna be extremely hot in the neighborhood in the near future. The second he discovers the love of his life is in danger, he makes his desperate move to save her. Will he be able to destroy all the barriers between them and finally get the girl, or will the Irish mob crash him and put an end to his dream life?

Muffin Top is a wild, sexy, action-charged novel that will make your heart stop. The chemistry between the main characters is amazing, and, even though it's a hot, naughty book, there's enough sweetness in it to make you cry. Tabatha Kiss did a fantastic job of creating a fast-paced story with a superb beginning, suspenseful middle and happy ending!

Abigail, the main character of Always Wanting, a sizzling-hot, steamy and...

Alex is a hard-wired woman who wants to prove to the world that she's not just h...