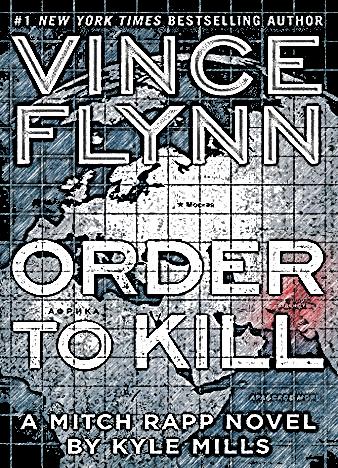 The Mitch Rapp series has been breaking all kinds of international records since the very beginning, and now the readers are getting the 13th (!) installment, Order to Kill. This time around, Mr. Rapp, the best operative the United States Intelligence has, lands in Pakistan to stop the enemy from turning the world into a dead-zone. But, he might not get back home alive from this trip.

Mitch never failed in a mission; however, in this case, he's only good for chasing all the wrong leads and flying from one country to another in a desperate attempt to secure the Pakistani nukes and prevent the terrorists from having a nuclear arsenal on their backyard. The CIA knows that the Russian government is also after these nukes, but their plans for them are a little bit different. What are their intentions with these weapons?

Soon, America realizes that Kremlin is set to bring even more devastation to the Middle-Eastern Region, and Mitch has no other choice but to go deep into "the bear's lair" and to learn what they're planning to do with the nukes. That's when he uncovers the real truth behind Russia's interest in the bombs, and he simply can't let them get into their hands because that would mean a worldwide catastrophe that planet Earth might not recover from.

Order to Kill, the latest bestseller from Vince Flynn, delivers a killer mix of adrenaline-pumping action, breath-taking tension and a provocative, authentic plot that'll keep you up all night long. Without a doubt, Flynn wrote a true masterpiece, a gripping, riveting tale that will be perfect for a summer blockbuster. The critics are calling Order to Kill one of the greatest novels in the Rapp series, so, get ready to be amazed!

The Detective Lavender series is known for mixing mystery with historical facts...