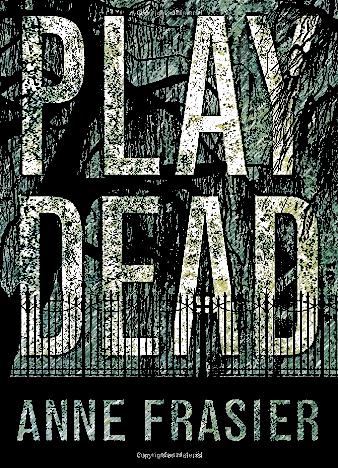 Play Dead is a blood-chilling mystery thriller by Anne Frasier, a bestselling author, and it's the very first book in the Elise Sandburg series. The girl is a homicide detective, and she's been living in Savannah ever since she was a little kid, which means she knows everything there is to know about it. For years, her own past has been torturing her.

Back when Elise was just a baby, her parents left her in a cemetery, and the locals are claiming that she is the child of an infamous doctor. But that's not really important right now because some crazy person is turning the city into a nightmare by poisoning the innocent residents and turning them into "zombies". Elise needs to handle the case, and the only way for her to do that is to confront the past that she's been trying to forget.

No one can save the city - only she has the necessary experience and "guts" to figure it out and to keep people from harm's way. At the same time, she's got enough on her plate as it is, including her rebellious daughter, problems at home and a goofy new partner. The key is hidden in her father's work and in the weird Gullah voodoo. The clock is ticking; Elise needs to act fast...

As far as mystery thrillers and women sleuths go, Play Dead is a great pick for the fans of the genre. Anne Frasier wrote a suspenseful, addictive and engrossing novel that you won't be able to put down. It immediately grabs your attention and makes you a part of the story. And, you'll find more than a few mighty twists that will keep you up all night. So, if you are a sucker for mystery/suspense, Play Dead should be in your library.

Eve Duncan, a forensic sculptor, is the main character of a series of books by I...

Wilbur Smith, an award-winning and bestselling author, returns with Pharaoh, a g...

Rachel takes the same commuter train every morning. Every day she rattles down t...