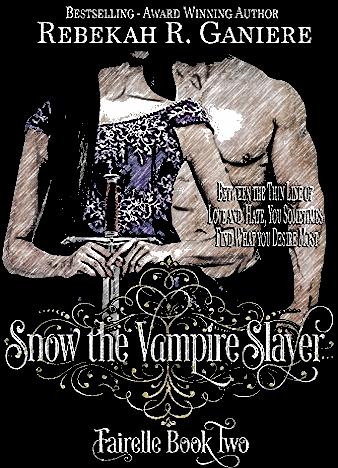 Snow is just as fierce a warrior as her seven Vampire-crushing brothers, and she's kinda tired of acting like their mom all the time. It's been two years since she asked them to take her into a real fight and let her hunt a bloodsucker or two with her trusty sword.

She's an exceptional slayer, but, for some reason, nobody considers her to be a warrior. Well, she's about to change that. Sageren, a prince, has been in exile for the last 5 decades, and he's been patiently waiting for the day when he can avenge his dear family and take back what rightfully belongs to him. The 50 years of exile have taken a toll on him, and he's barely holding it together. He's forced to fight his inner beast and tame it.

Once upon a time, he vowed not to hurt the humans and to never drink their blood ever again, but it's getting harder and harder to control his cravings. And when he meets Snow, the lust for blood becomes even stronger. They bump into each other during the night, and the girl can't figure out what's the right thing to do: put her sword through his heart or let her guard down and give in to the emotions that he stirs deep within her.

Soon, when she becomes an enemy to the same darkness that took Sageren's family's life, he decides to convince her brothers to fight by his side to defeat the evil and secure his throne. But how on Earth is he going to make them join his cause instead of killing him? He has no other choice but to try; there's no way a weakened vampire can defeat his enemies on his own...Snow the Vampire Slayer is a stunning paranormal romance that mixes love, hate, betrayal, strong bonds, and unlikely alliances to deliver a page-turning masterpiece.

Published in 1895, The Kind in Yellow is a short story book. Written by Robert W...

There are three goddesses of the moon. One day they made 3 stars. The first one...

All the Missing Girls is a unique, engaging, masterfully-crafted, blood-chilling...