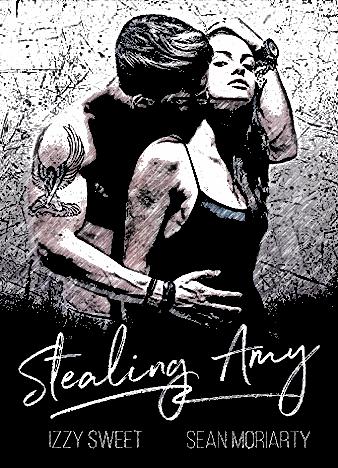 Andrew is a big, strong, wealthy and influential Alpha male, and Amy is just an innocent young woman (a gorgeous one, by the way) with a little kid who wants to be left alone. Unfortunately, she's tied with Romanov, a sick gangster from the scary Russian Mafia. He's obsessed with this sexy little hussy and wants to get her into his bed - one way or the other.

Obviously, she doesn't want anything to do with him, but it's getting harder and harder to defend herself against this powerful man. Thankfully, Andrew comes to her rescue just when she needs his help the most. He's only interested in Ivan, the Mafia's financial backer, one of the most important men in their ranks, but he grabs Amy along the way. He's dark, mysterious, and looks like a hunter from another planet.

She was never a part of the plan, but soon the two find themselves falling in love with each other. It's a love-hate kind of a thing, and, despite the fact that Amy is sick and tired of all the Mafia games and dreams of peace and tranquility, there's something about Andrew that makes her heart beat faster. He's a controlling, overzealous killer, an assassin who's been with countless women, but when it comes to this girl, he knows that she's special.

Monsieur Perdu's profession can be described as the healing of sick souls and br...

Can you love a child with a terrible disease? What would you do if your child wa...