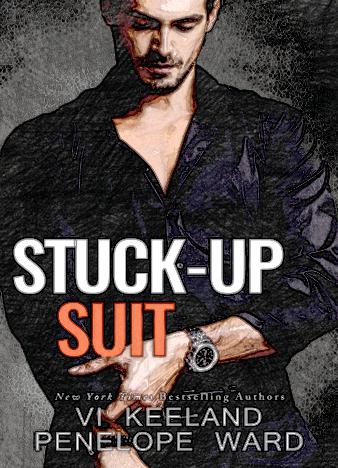 Try to imagine a usual morning. The main character of The Stuck-Up-Suit novel is going by train for his reasons. All things around him are the same as the day before. It is real boring time until he sees a strange man in a suit not so far from him. The guy is arguing with someone on his phone very loud. But it is not that catches the eye. The most interesting thing about him is that he sounds like he dominates the whole universe.

Are this stuck-up suit is The God? He looks like him. When the God suddenly left out when he reach his train station, he left behind not the questions and riddles. This strange passenger forgot his phone and main character of The Stuck-Up-Suit novel pick up this device.

What must he do now? He can do many things with the God's mobile. For example, he can surf through the owners photos. He has a unique possibility to call someone from God's main contacts Ho long the phone will be kept until it met his true owner. And is the main character of the novel have enough courage to return mobile?

Yes, he has the courage he needs. And the mobile will return to his owner in the very short amount of time. With some difficulties, but it will meet the Stuck-Up-Suit, but it will be not so simple as it sounds. The end definitely it will be a start of really strange relationship between the main character of the novel and "God" he met on the train.

Vi Keeland's and Penelope Ward's new novel is not only placed in the NY Times Bestselling, it is really good and memorable read.

Jill Shalvis conquered a lot of hearts and minds around the globe with the groun...

You will like this book. Why? First of all, you very quickly found yourself in t...

The New York Times bestseller.They had nothing in common until love ga...