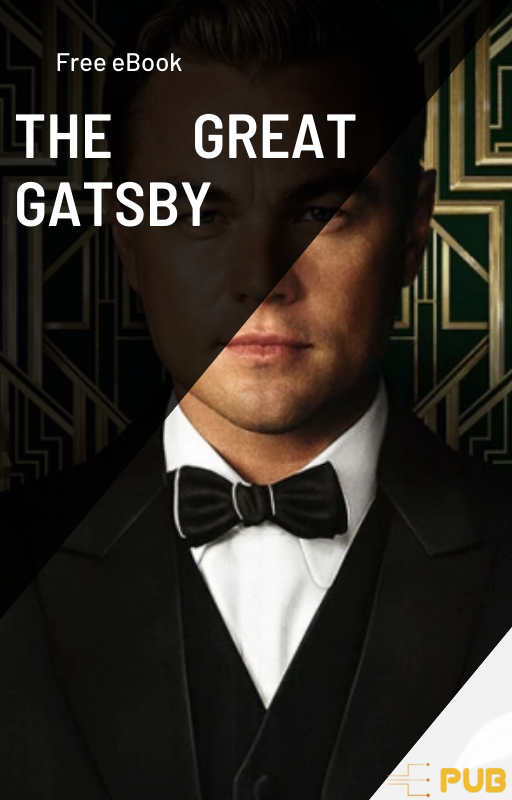 In Spring 1922, Nick Carraway—a Yale alumnus from the Midwest and a World War I veteran—journeys to New York City to obtain employment as a bond salesman. He rents a bungalow in the Long Island village of West Egg, next to a luxurious estate inhabited by Jay Gatsby, an enigmatic multi-millionaire who hosts dazzling soirées yet does not partake in them. One evening, Nick dines with a distant relative, Daisy Buchanan, in the fashionable town of East Egg. Daisy is married to Tom Buchanan, formerly a Yale football star whom Nick knew during his college days. The couple has recently relocated from Chicago to a mansion directly across the bay from Gatsby's estate. There, Nick encounters Jordan Baker, an insolent flapper and golf champion who is a childhood friend of Daisy's. Jordan confides to Nick that Tom keeps a mistress, Myrtle Wilson, who brazenly telephones him at his home and who lives in the "valley of ashes," a sprawling refuse dump.[25] That evening, Nick sees Gatsby standing alone on his lawn, staring at a green light across the bay. Days later, Nick reluctantly accompanies a drunken and agitated Tom to New York City by train. En route, they stop at a garage inhabited by mechanic George Wilson and his wife Myrtle. Myrtle joins them, and the trio proceed to a small New York apartment that Tom has rented for trysts with her. Guests arrive, and a party ensues that ends with Tom slapping Myrtle and breaking her nose after she mentions Daisy. One morning, Nick receives a formal invitation to a party at Gatsby's mansion. Once there, Nick is embarrassed that he recognizes no one and begins drinking heavily until he encounters Jordan. While chatting with her, he is approached by a man who introduces himself as Jay Gatsby and insists that both he and Nick served in the 3rd Infantry Division during the war. Gatsby attempts to ingratiate himself with Nick and when Nick leaves the party, he notices Gatsby watching him. In late July, Nick and Gatsby have lunch at a speakeasy. Gatsby tries impressing Nick with tales of his war heroism and his Oxford days. Afterward, Nick meets Jordan at the Plaza Hotel. Jordan reveals that Gatsby and Daisy met around 1917 when Gatsby was an officer in the American Expeditionary Forces. They fell in love, but when Gatsby was deployed overseas, Daisy reluctantly married Tom. Gatsby hopes that his newfound wealth and dazzling parties will make Daisy reconsider. Gatsby uses Nick to stage a reunion with Daisy, and the two embark upon a sexual affair.

In September, Tom discovers the affair when Daisy carelessly addresses Gatsby with unabashed intimacy in front of him. Later, at a Plaza Hotel suite, Gatsby and Tom argue about the affair. Gatsby insists Daisy declare that she never loved Tom. Daisy claims she loves Tom and Gatsby, upsetting both. Tom reveals Gatsby is a swindler whose money comes from bootlegging alcohol. Upon hearing this, Daisy chooses to stay with Tom. Tom scornfully tells Gatsby to drive her home, knowing that Daisy will never leave him. While returning to East Egg, Gatsby and Daisy drive by Wilson's garage and their car accidentally strikes Myrtle, killing her instantly. Gatsby reveals to Nick that Daisy was driving the car, but that he intends to take the blame for the accident to protect her. Nick urges Gatsby to flee to avoid prosecution, but he refuses. After Tom tells George that Gatsby owns the car that struck Myrtle, a distraught George assumes the owner of the vehicle must be Myrtle's paramour. George fatally shoots Gatsby in his mansion's swimming pool, then commits suicide. Several days after Gatsby's murder, his father Henry Gatz arrives for the sparsely attended funeral. After Gatsby's death, Nick comes to hate New York and decides that Gatsby, Daisy, Tom, and he were all Westerners unsuited to Eastern life. Nick encounters Tom and initially refuses to shake his hand. Tom admits he was the one who told George that Gatsby owned the vehicle that killed Myrtle. Before returning to the Midwest, Nick returns to Gatsby's mansion and stares across the bay at the green light emanating from the end of Daisy's dock.

David Baldacci has several bestselling series up his sleeve, and Decker is most...

Cixin Liu is, without a doubt, one of the greatest Chinese science fiction autho...