THE GUILTY (WILL ROBIE SERIES) 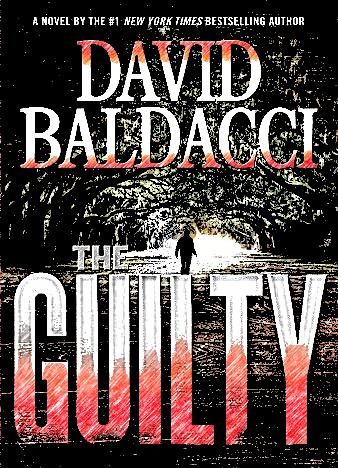 THE GUILTY (WILL ROBIE SERIES) by DAVID BALDACCI

The Guilty is a brand-new novel by David Baldacci, one of the finest writers in the genre of suspense thrillers. His bestselling Will Robie series has been getting international buzz ever since the very first book hit the shelves, and how it's a worldwide hit. Robie is the country's greatest asset, the most lethal assassin, the deadliest weapon ever. He's capable of infiltrating the most impenetrable countries and governments on planet Earth and putting an end to whole regimes with a single blow. He's defeating America's enemies long before they even start planning a strike on our soil.

However, he's not the man he used to be: while on a new assignment abroad, he couldn't get himself to finish the job, and now he's left alone, without a task and without a single purpose. He's got only one chance at getting back on his feet, and he'll have to face the past that he's been trying to dig deep for more than 2 decades.

Will was born in a small town in Mississippi and left after high school. He abandoned his own family and never even tried to stay in touch and keep appearances. Still, when he learns that they arrested his dad and want to put him in jail for good, Robie decides to get back and fix whatever's going on. They haven't seen each other for a very long time, and Mr. Robie is the official town judge now. However, most of the town folks are trying to put him down, and only his son can help him out. But he doesn't really want Will's help and sends him away.

Maybe he is really guilty? But the former government assassin is set on uncovering the real truth behind all this, and he starts his own investigation. The Guilty might be the most suspenseful and intriguing novel in the Will Robie series to date, as David Baldacci delivers an action-packed story that's simply irresistible.

Kerry Lonsdale delivers a brilliant debut with Everything We Keep, a magnificent...

Clive Cussler, a bestselling writer, gets back on the pedestal with his latest f...

If you're looking for a breath-taking historical romance, make sure to check Jul...