The Kept Woman: A Novel 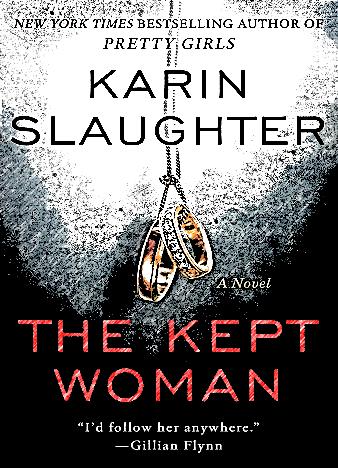 The Kept Woman: A Novel by Karin Slaughter

The Kept Woman is an exceptional new mystery thriller that you won't be able to put down until you read it through and through. It's a powerful, emotionally-charged story that invites the readers into a world of secrets, lies, mysteries and huge twists. Will, the main character of the novel, is working on the case of a murder somewhere in the middle of nowhere.

It seems like a regular thing at first, but, when he learns that the victim used to be a cop, the case immediately becomes one of the biggest ones in his career. At the same time, Sara - the department's new examiner and Trent's girlfriend - discovers that the significant amount of blood that they found on the murder scene didn't belong to the dead cop. The bloody footsteps show that there was a 2nd victim - possibly a young woman - but they can't find her anywhere.

And now Trent will have to do everything in his power to track the murderer and save the girl, otherwise, they'll have two dead bodies on their hands. But matters are complicated by the fact that the construction site where the police officer was killed belongs to a rich, powerful and connected man who's got the best lawyers behind his back. However, that's not even the biggest headache for Trent. Soon, they s find a connection between the case and his messy past.

And the new investigation into his own life threatens to destroy everything that he's got and holds dear, including his family and loved ones. The Kept Woman is a relentlessly suspenseful, action-charged, gripping mystery thriller. This is a story of love, loss, dealing with the pain and moving on. Karin Slaughter delivers yet another magnificent novel that will get you hooked up.

Life threatening cancer brings two teens together in this “story about mov...

Jill Shalvis conquered a lot of hearts and minds around the globe with the groun...