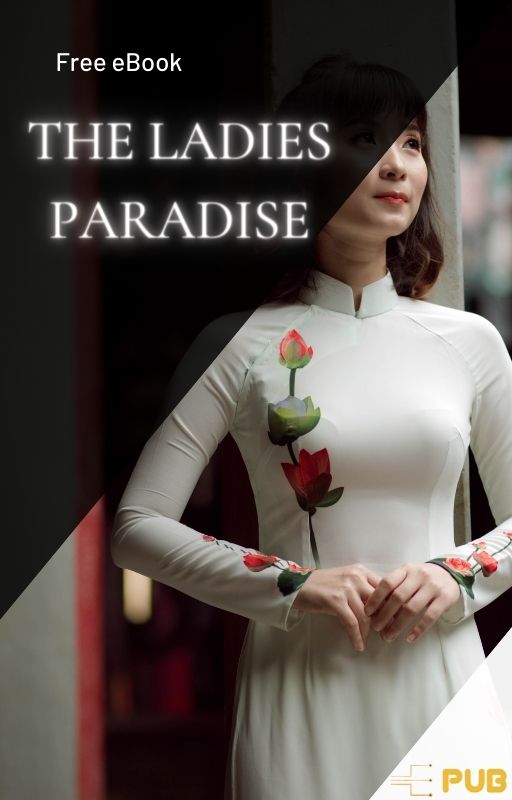 The Ladies' Paradise by Emile Zola

The events of Au Bonheur des Dames cover approximately 1864-1869. The novel tells the story of Denise Baudu, a 20-year-old woman from Valognes who comes to Paris with her younger brothers and begins working as a saleswoman at the department store "Au Bonheur des Dames". Zola describes the inner workings of the store from the employees' perspective, including the 13-hour workdays, the substandard food and the bare lodgings for the female staff. Many of the conflicts in the novel spring from each employee's struggle for advancement and the malicious infighting and gossip among the staff. Denise's story is played against the career of Octave Mouret, the owner of Au Bonheur des Dames, whose retail innovations and store expansions threaten the existence of all the neighborhood shops. Under one roof, Octave has gathered textiles (silks, woolens) as well as all manner of ready-made garments (dresses, coats, lingerie, gloves), accessories necessary for making clothes, and ancillary items like carpeting and furniture. His aim is to overwhelm the senses of his female customers, forcing them to spend by bombarding them with an array of buying choices and by juxtaposing goods in enticing and intoxicating ways. Massive advertising, huge sales, home delivery, and a system of refunds and novelties such as a reading room and a snack bar further induce his female clientele to patronize his store in growing numbers. In the process, he drives the traditional retailers who operate smaller speciality shops out of business. In Pot-Bouille, an earlier novel, Octave is depicted as a ladies' man, sometimes inept, who seduces or attempts to seduce women who can give him some social or financial advantage. In Au Bonheur des Dames, he uses a young widow to influence a political figure–modeled after Baron Haussmann–in order to gain frontage access to a huge thoroughfare, the present day rue de Quatre-Septembre, for the store. Despite his contempt for women, Octave finds himself slowly falling in love with Denise, whose refusal to be seduced by his charms further inflames him. The book ends with Denise admitting her love for Octave and agreeing to marry him. The depiction of women is modern. The department store is described as a place where female customers can live out their fantasies and impulses; for the female employees, it offers the possibility of financial independence.

WHAT LIGHT
WHAT LIGHT by JAY ASHER

Are you looking for that perfect holiday romance that's both heart-wrenching and...

The Hannah Swensen Mystery series is both intriguing and exciting, and Joanne Fl...

This is an incredibly moving, touching, provocative and breathtaking novel that...