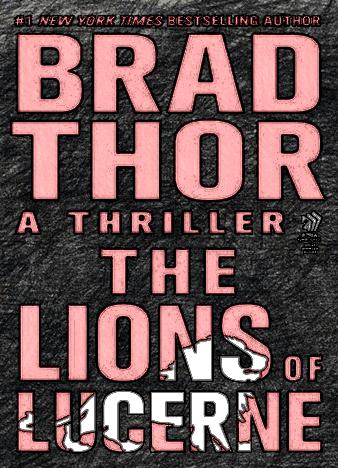 The Lions of Lucerne (Scot Harvath Book 1) by Brad Thor

Brad Thor wrote multiple bestsellers and ground-breaking series, and The Lions of Lucerne is his bold, daring, insanely successful debut that made the literary world raise its eyebrows. The author invites the readers into a complicated maze of international terror, political agendas and a mighty cocktail of action-charged scenes and a shocking finale with a couple of twists and turns.

The story begins with a horrifying event: 30 agents of the Secret Service were slaughtered somewhere in Utah, and the American president, who was on his vacation, is nowhere to be found - the mysterious and most deadly terrorist organization in the world kidnapped him. However, one of the agents survived, and he highly doubts that Fatah killed all those men. A navy SEAL in the past, Scot has been doing his job for far too long to believe the group was responsible.

He's a man of honor and duty; besides, he wants nothing more but to bring those who murdered his team members to justice. So, he stops following the official rules and creates a set of his own. He needs to find some answers, ASAP, and the government can't really help him with that. At the same time, his relentless search for the real truth makes some people in the White House nervous, and that puts Scots life in jeopardy.

The kidnapping was organized by a shadowy coalition, a bunch of folks who will do anything to get what they want. These people don't care about the law, and someone like Scot threatens their existence. So, they'll do whatever's necessary to put him down - for good. They frame him for a murder that he didn't commit and force him to go a-wall. Will Scot be able to defeat them, or are they too strong for him? The Lions of Lucerne is Brad Thor at his finest, and if you've been a fan of this writer's books, you'll definitely fall in love with this one.