The Secret Agent: A Simple Tale 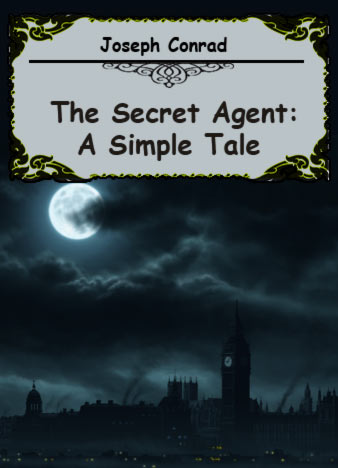 The Secret Agent: A Simple Tale by Joseph Conrad

The Secret Agent is a highly entertaining, gripping and exciting novel in the genre of spy fiction and is set in 19th century London. The main character is, presumably, a Russian spy who's collecting and sending info to his government while living in England as Adolf Verloc, a regular citizen. If you're a fan of books about spies that deal with terrorism and espionage, while still taking care of their loved ones and trying to do the right thing, then you'll most definitely like this highly intellectual novel by Joseph Conrad. It's considered to be one of the best books of the previous century, and both critics and fans of spy fiction include it in all kinds of top-100 or even top-10 lists.

Verloc, the Russian spy, runs a shop that sells contraceptives and all kinds of adult stuff and lives in a regular house. Stevie, his brother-in-law, suffers from autism, and the whole family does everything in its power to take care of him and to make him better. Adolf is a member of a cell of anarchists and the law enforcement in the area knows about their existence, so, they have to always keep watch and stay low. The main character also works for the Embassy, and the story begins with him meeting Mr. Vladimir there. The man gives him a task - to destroy the Greenwich Observatory and prove that he's still loyal to the cause. Later on, Adolf gathers with his friends to discuss, among other things, a new revolution.

After that, the story moves forward to after the successful detonation of the bomb, and that's when we meet Chief Inspector Heat who's assigned to the case of the recent demolition of the Observatory and wants to solve the case no matter what. Joseph Conrad's novel is full of twists and unexpected spins, which makes it a true "page-turner".

When a mysterious young woman named Katie appears in the small North Carolina to...

Eve Duncan, a forensic sculptor, is the main character of a series of books by I...

If you're looking for a breath-taking historical romance, make sure to check Jul...