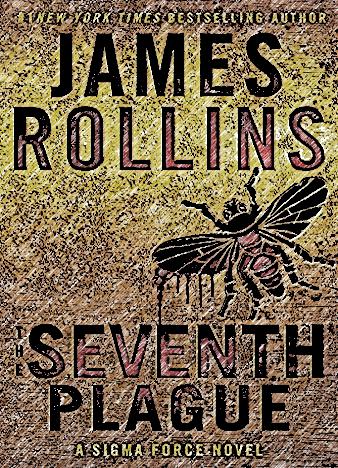 THE SEVENTH PLAGUE: A SIGMA FORCE NOVEL by JAMES ROLLINS

James Rollins is back with a brand-new book from the bestselling Sigma Force series. His recent novel is a blood-chilling mix of science intrigue and historical facts, and it's based on a Biblical prophecy that could potentially threaten the world in the 21st century. We all know about the plagues that happened in Egypt centuries ago. So, could they happen again? Mr. McCabe, a professor, spent 2 full years in the Sudanese desert, and he discovered something horrible there.

Unfortunately, he died before he could share anything with the world, but the mystery of his death only deepened when the official autopsy revealed that his body was "mummify" while he was still breathing. Who could've done something like that? They sent his body back to England for study, and that's when Egypt shared the alarming news: the medics who were performing the autopsy are sick, but nobody knows what kind of disease is killing them.

Furthermore, the virus escaped the room and struck the citizens of Cairo. The professor's close friend, also a scientist, called upon Crowe, the leader of Sigma Force, to investigate. The thing is, McCabe was trying to find prove to the ancient plagues from the Bible. And now the whole world is starting to think that they are coming back.

However, before Sigma gets a chance to take a look at the evidence, an unknown team of operatives kills everyone who could know anything about what's really going on and destroys any traces of them. That leaves Sigma with only one option: Jane, the professor's daughter. Together, they'll need to uncover a centuries-old secret and to put a stop to the apocalypse. The Seventh Plague is a gripping, riveting read and it comes with action, adventure, drama, history, science, mystery, suspense, and thrill.

Whenever Abby and Alexis Angel come together, they create some pretty awesome ro...