The Widower's Wife: A Thriller 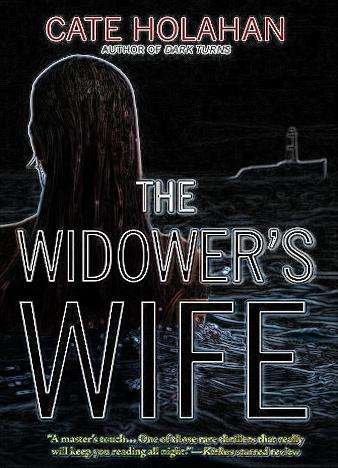 The Widower's Wife: A Thriller by Cate Holahan

The 21st century brought us countless 1st-grade thrillers, and it's getting harder and harder to compete with the classics and add something new to the genre. Fortunately, we still have brilliant writers like Cate Holahan that push the boundaries and flip the game with novels like The Widower's Wife. If you're looking for a 100% page-turner and an un-put-down-able banger that will keep you on the edge of the seat, you just found it!

It's chilling, gripping, suspenseful and even a bit eerie. Ana was a gorgeous young woman, a mom, and a wife, but she fell off a ship into the cold, treacherous and scary waters. She's gone, and her rich hubby and cute moppet are left all alone in the world. At the same time, something isn't right about her disappearance - it just doesn't add up.

Maybe she left some clues and/or secrets behind? Ryan, a genius-level investigator, really loves numbers. So, when his boss assigns him to this case, he instantly doubts everything that they're saying about Ana's tragic death and claims that it's not an accident. However, her man has a brick-strong alibi, and numerous witnesses have seen the woman fall. The official report seems to be thorough and without flaws, but Monahan still questions it.

The man starts digging deeper and deeper into her life, and the more he digs out, the more he understands that she was a target for several wealthy folks who would love to kill her just to keep their secrets safe. And the closer Ryan gets to what really happened that day, the closer he gets to exposing the "elite", the more he puts his own life at risk. Will the investigator be able to break the vicious circle, or are the killers already at his doorstep?

Kylie shouldn't really want to be with Carson - he's twice her age. But, he look...

The Joe Dillard Series has been conquering the hearts and minds of countless rea...

Shari Lapena's brand-new novel is an instant international bestseller and the gr...