THE WRONG SIDE OF GOODBYE (A HARRY BOSCH NOVEL) 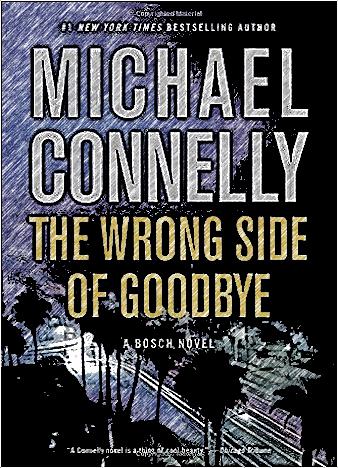 Detective Bosch is back, ladies and gentlemen, and he's got a job to complete: he needs to find a mysterious person that may not even exist on this planet. This is a brand-new suspense thriller from Mr. Michael Connelly, one of the greatest bestselling writers of our time. Bosch is the new private investigator in Cali. He doesn't have the budget for advertising and he doesn't even have a proper office. Furthermore, he's a pretty picky guy and will never work with people he doesn't trust (or like).

At the same time, he doesn't need any of that mumbo-jumbo, because he's got 3 decades behind his back as an LAPD officer, and that counts for something in this line of work. So, when one of California's business giants gives him a call, he's not really surprised. The man is a billionaire, and he's about to say goodbye to this world. He enjoyed this life to the fullest, but there's still one thing that’s been bothering him for his whole life, a big regret.

Back in the day, when he was a young fella, he had a fling with a Mexican girl. She was his first and true love, but when she became pregnant, the girl suddenly disappeared into thin air. And now the mogul is wondering: what happened to the baby? Is he/she alive and well somewhere out there? Bosch's mission is simple: track down the magnate's alleged heir and bring them back home.

Now, while there's no shooting or running involved, Bosch knows very well that when such a huge amount of money is involved, it can be risky for all the 3 "parties" - the billionaire, his son/daughter and himself. But, as he moves on with the investigation and digs up the real truth, including some links to his own life, he gets more and more involved. The Wrong Side of Goodbye is a fast-paced, action-packed and unpredictable mystery thriller that will keep you on your feet. Michael Connelly delivers!

Lauren Groff is one of the greatest writers of our time. She's got a very rare g...

Sea and Sardinia is a travel book by the English writer D. H. Lawrence. It descr...

Ladies and gentlemen, please give a warm welcome to a modern-day classic, a bril...