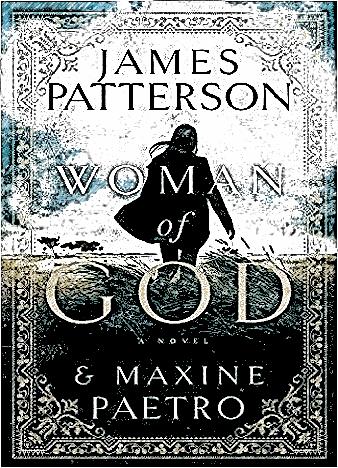 Woman of God by James Patterson

James Patterson needs no introductions: he's one of the greatest writers of our time, a world-acclaimed author and the recipient of countless awards. Woman of God is his latest gift to the fans. As traditions demand, the white smoke signals that a new Pope is elected in Vatican. And, rumors claim that this year everybody will be amazed by the choice that was made. Obviously, the whole world is watching, waiting for the next Pope to meet the huge crowd in Rome.

This is a turning point, a game-changing moment that could transform the Church and either bring it closer to the religious folks or make them all very angry. So, who is this mysterious leading candidate that managed to make a whole line-up of powerful enemies who are ready to do whatever it takes to make sure that everything goes the way they planned it? Her name is Brigid Fitzgerald.

That's right, she's a woman, and she hasn't always been a woman of faith. When she was a little girl, her parents used to do drugs all the time and didn't really care about her. Growing up, she had to deal with all kinds of struggles. Later, when she became a doctor, the countless wounded in Sudan left a big scar on her heart and soul. But today, her faith is strong, and the calling is making it even stronger.

At the same time, those who fear that the Church is turning into a disaster, can't stand the fact that the traditions are about to be rewritten. Fitzgerald must use her faith and let it guide her to victory. Only by convincing her enemies that she is the right candidate for the Pope will she be able to become the new spiritual leader and keep both her faith and her life. Woman of God is an insightful, epic, powerful story about love, hate, faith, the greater good and the never-ending fight against evil.

Rachel takes the same commuter train every morning. Every day she rattles down t...

This Is Where It Ends is one of the most gripping and intriguing thrillers of th...

The Guido Brunetti series by the world-acclaimed queen of mystery, Donna Leon, i...