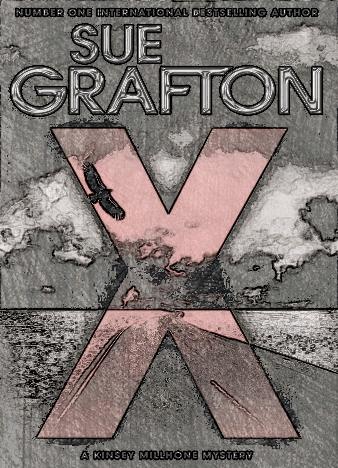 Sue Grafton, the author of the critically-acclaimed and bestselling Kinsey Millhone series, is back with a new addition to the pack - X. The novel is full of tension, suspense and mighty twists that put it on the same pedestal as the best of the best in the genre. It's a mystery thriller that's gripping, intriguing and exciting. X is the #10. Or is it an unknown quantity? A cross, a mistake, something terrible? It's a legacy from the Latin and Greek culture and is usually used in medicine, science, and, of course, religion. At the same time, it's the most graphic and hypnotizing letter in history.

Finally, X is the 24th letter of the English alphabet. It's safe to say that X is Sue Grafton's most cold-hearted and darkest novel, and that's truly awesome! A serial killer, who lives no clues to his crimes and murders people with extreme cruelty, is the central anti-hero of X. And Kinsey Millhone, the main character and the "good buy" in the book, has to prove her case against the killer before he gets to her.

Kinsey is an international superstar and the self-titled series has a legendary status in the literary world. And Grafton likes to keep it fresh and breaks all kinds of genre rules in every new book, which allows her to stay on top of her game and surprise the fans with fascinating page-turners.

If you've been a fan of the series for a long time, you'll definitely enjoy X and will count the days until the next novel hits the shelves. It's fast-paced, action-packed, thrilling, and you'll never guess what's really going on or how the story will end until the very last page, and that’s the biggest praise for any mystery thriller!

A volume of brief tales addressing the later work of the Russian author, the pro...

The Mischief Bay series is heart-warming, heart-wrenching, touching and thought-...