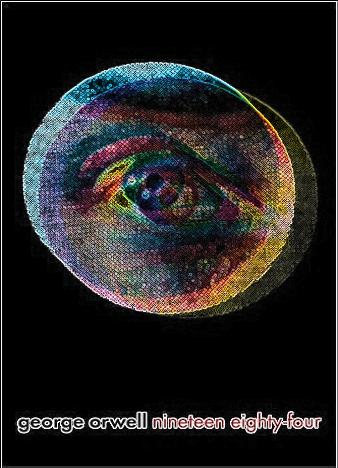 As far as priceless classics go, George Orwell's masterpiece is a must-have for all those readers that appreciate unique, one-of-a-kind and somewhat prophetic books. The novel first saw the light of day back in '49, but it's still as relevant as ever, to say the least. The problems that Orwell pointed out and the warnings that he tried to spread all over the globe are a big part of our lives in the 21st century.

Totalitarianism is not a match for democracy, and, if we want to create a society where every single person has his own rights and equality prevails, then anarchy is not really the way to go. Winston, the main character of the story, is a regular laborer in one of the 3 belligerent states, just a pawn in their big, menacing game. However, he's not really used to following the rules and doesn't want to obey the masters and do whatever they tell him to.

He's got the rebellious spirit inside of him, and his quest for truth - the real truth - makes him secretly rise against the powerful elite and slowly, but steadily, lead the oppressed denizens to victory. He's deeply in love with Julia, a beautiful, smart and like-minded young girl, and together they try to defy the rulers of the system.

However, the police catch them and torture the poor souls in their dungeons. The usurpers want to root out his freedom of will and that honorable spirit. So, they break him - both physically and mentally. Yet, he joins The Brotherhood and continues to put everything on the line just to fight another day. 1984 created huge international buzz when it first saw the light of day, and the readers were fascinated by the author's blunt, revealing discussion of the dangers of total government control.

The Secret Garden, by Frances Hodgson Burnett, is a novel. It was first publishe...

This very special work by Oscar Wilde was specially created for children and con...