All Dressed in White (An Under Suspicion Novel) 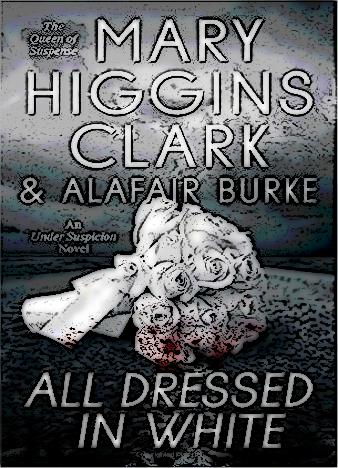 All Dressed in White (An Under Suspicion Novel) by Mary Higgins Clark, Alafair Burke

Mary Higgins Clark is one of the most prominent authors in modern-day literature, and when it comes to mystery thrillers, she easily competes with the greatest writers of all times. This is the 2nd book in the bestselling Under Suspicion series, and this time around, Laurie, the main character of the book, is working on a cold case of a girl who mysteriously disappeared a few days before the most important day in any woman's life - her wedding.

5 years ago, Amanda, the now-dead bride, was super excited to become the wife of the man that she's been in love with since college. They've been through a lot together, plus, her father was the head of a successful company that Amanda was about to inherit. But, she went missing just before her bachelorette party. Nobody could find the killer and bring him/her to justice, and the case went "cold".

However, today, half a decade later, Laurie thinks that Amanda's case is perfect for her TV series to investigate. So, she decides to recreate that fateful night with the girl's friends, family and relatives, hoping that will give her the necessary "nudge" to solve the case. And soon, the guests and the family members, including Amanda's fiancé, her sister, and all kinds of other folks, overwhelm her with conspiracy theories, rumors and gossip.

Laurie didn't expect such a strong feedback, and now she'll have to use her wit and experience to figure out what really happened. All Dressed in White is a fascinating mystery thriller that's both intriguing and exciting. You've got suspense, tension, twists, turns, and then some!

Compared favorably to the works of Faulkner and Dickens, Arundhati Roy’s d...

The Nanny Plan is the brand-new addition to the bestselling Billionaires and Bab...

An adventurous debut novel that cross cuts between a competitive college swimmer...