Bolshevism: The Enemy of Political and Industrial Democracy 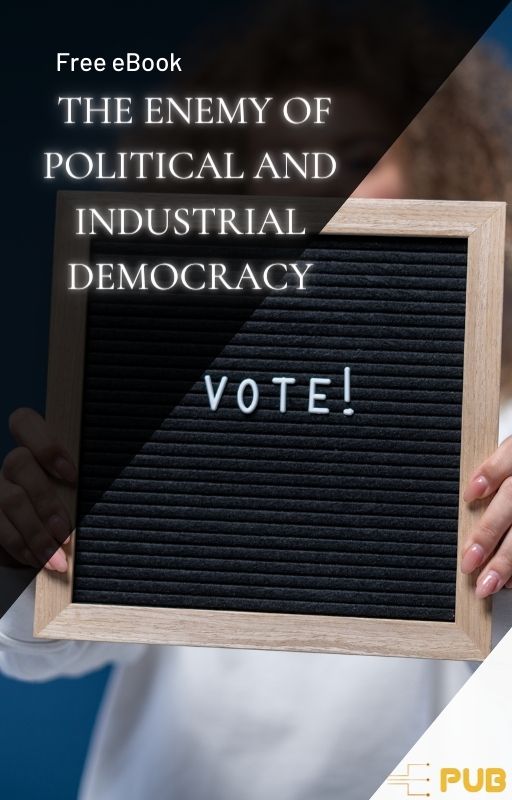 Bolshevism: The Enemy of Political and Industrial Democracy by John Spargo

Spargo's position won the day at the 1904 Socialist Party convention and it was not until 1914 until the organization finally established a party-owned weekly newspaper. Spargo's first wife, Prudence, died of tuberculosis in March 1904. A year and 10 days later, he married Amelia Rose Bennetts, a British-born New York socialist who had lived in America from early childhood and who had recently been employed as a worker in a carpet mill. The couple set up house in Yonkers, New York, and had two children, a daughter named Mary and a son (who died in childhood) named John Jr. Spargo was elected to the National Committee of the Socialist Party in 1905 and to the governing National Executive Committee in 1909. As his biographer notes, during this period Spargo began "easing his way toward the reformist right-wing" of the SPA, giving up on the tactic of agitation among striking workers in favor of building middle-class socialist educational institutions. Spargo was instrumental in helping establish the Rand School of Social Science, persuading George D. Herron and his wife Carrie Rand Herron to make a large bequest and Mrs. Herron's mother to provide seed money for the new institution. Spargo also was a co-founder of the Intercollegiate Socialist Society (ISS), an organization dedicated to the establishment of non-partisan socialist study groups on college campuses and sponsoring debates and lectures on socialist topics. Spargo would later serve on the ISS executive from 1916 to 1919. Spargo wrote a series of compassionate, well-researched books, The Bitter Cry of the Children (1905), Underfed School Children (1906), and The Common Sense of the Milk Question (1908). Both concerned child slavery in British and American factories and arguing for the state-funded feeding of underprivileged children on the grounds that it was pointless attempting to teach children distracted by hunger, a concept that very successfully came into fruition in America during World War II. He felt deeply about the issue, later writing that: The claim for an equal chance for every child born into the world carries with it that most fundamental of claims, that every child has a right to be well-born into the world. And that ideal can never be realized until every mother-to-be is safeguarded by all the arts and resources of our civilization to the end that she may bring her baby into the world with joy–healthy of body, glad of heart, serene of soul, unafraid of the future, unterrified by want or the fear of it, secure in the consciousness that the child she bears is heir to all the riches and advantages of earth. In 1908, Spargo authored a lengthy and academically serious biography of Karl Marx, his book being recognized as the best such treatment published in the English language at the time. The same year, Spargo was elected as a delegate to the 1908 National Convention of the Socialist Party, held again at Chicago. Spargo was returned by the convention to the post he had held at the previous national gathering, Chairman of the Resolutions Committee. Spargo was influential in defeating through parliamentary procedure a resolution moved by a majority of the Resolutions Committee calling for the future exclusion of Asian workers from America.

In 1845, Henry David Thoreau cleared out Concord Massachusetts and moved to a ca...

Spinoza's political philosophy is scattered in three books, the Theologico-polit...