BROKENHEARTED GIRL 3: WHEN YOUR HEART HURTS 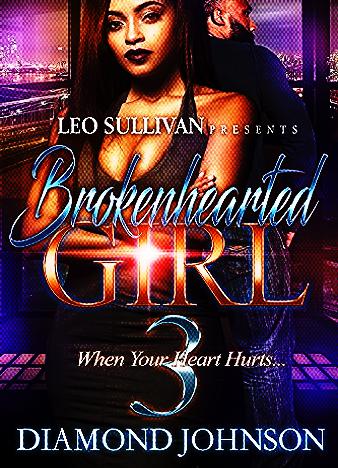 BROKENHEARTED GIRL 3: WHEN YOUR HEART HURTS by DIAMOND JOHNSON

The Brokenhearted Girl series has been topping the international urban charts for years, and now we've got the third installment in the trilogy, yet another fine novel to devour on your day off. There's an old saying that claims what has been done in the dark of the night will always come out in the light of the day. The huge secret about Camryn being Reese's biological kiddo has been hidden for far too long, and not it's finally out.

But what are you supposed to do in a situation like that? Sticks has been taking care of Camryn for the last half-a-decade, and she feels like a daughter to him. So, how can he just forget about all those years and give her up? Oh, and let's not forget about Treasure. She's still struggling with the daily nightmares of her relationship with William.

They've been at each other's throats for quite some time now, so, maybe they can set their differences apart and start living instead of fighting? Will has a lot of apologizing to do, and, if he wants his baby girl back, he'll have to man up and face his own wrongdoings. Can he do that, or is he just not that strong of a fella? And what about Terry, the girl's mom? Will she believe her after all that has happened?

Brokenhearted Girl 3 will do exactly that - break one too many hearts that might not ever mend. This is a high-stakes, romantic, sexy and stylish book that will be equally appreciated by the fans and by the newcomers. Diamond Johnson's brisk, mighty writing, great sense of humor and the fine cast of characters will make you enjoy every single page. Love urban romances with twists, turns, secrets, lies and possible happy endings? Then check this bad-boy out!

Emma Woodhouse is one of the most captivating and vibrant personages of Austen....

This book is probably an implementation of bad dreams of many modern people. In...

The Argeneau Novel series has a very special place in the hearts and minds of th...