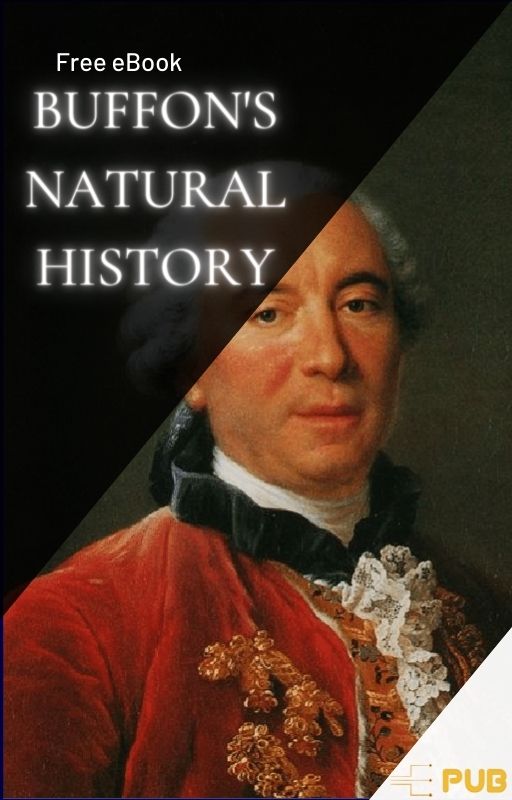 Buffon's Natural History Volume 2, As known as "The Histoire Naturelle", générale et particulière, avec la description du Cabinet du Roi is the work that the Comte de Buffon (1707–1788) is remembered for. He worked on it for some 50 years, initially at Montbard in his office in the Tour Saint-Louis, then in his library at Petit Fontenet. 36 volumes came out between 1749 and 1789, followed by 8 more after his death, thanks to Bernard Germain de Lacépède. It includes all the knowledge available in his time on the "natural sciences", a broad term that includes disciplines which today would be called material science, physics, chemistry and technology. Buffon notes the morphological similarities between men and apes, although he considered apes completely devoid of the ability to think, differentiating them sharply from human beings. Buffon's attention to internal anatomy made him an early comparative anatomist. "L’intérieur, dans les êtres vivants, est le fond du dessin de la nature", he wrote in his Quadrupèdes, "the interior, in living things, is the foundation of nature's design." The Histoire Naturelle, which was meant to address the whole of natural history, actually covers only minerals, birds, and the quadrupeds among animals. It is accompanied by some discourses and a theory of the earth by way of introduction, and by supplements including an elegantly written account of the epochs of nature. The Suppléments cover a wide range of topics; for example, in (Suppléments IV), there is a Discours sur le style (Discourse on Style) and an Essai d'arithmétique morale (essay on Moral Arithmetic). Louis Jean-Marie Daubenton assisted Buffon on the quadrupeds; Philippe Guéneau de Montbeillard worked on the birds. They were joined, from 1767, by Barthélemy Faujas de Saint-Fond, the abbot Gabriel Bexon and Charles-Nicolas-Sigisbert Sonnini de Manoncourt. The whole descriptive and anatomical part of l’Histoire des Quadrupèdes was the work of Daubenton and Jean-Claude Mertrud.

Burke dismisses a widely held view amongst theorists that reason should be the p...

One of the topics that he first addresses is the fact that Burke creates a defin...

Do you know why the United States lost the war in Vietnam? Did the military folk...